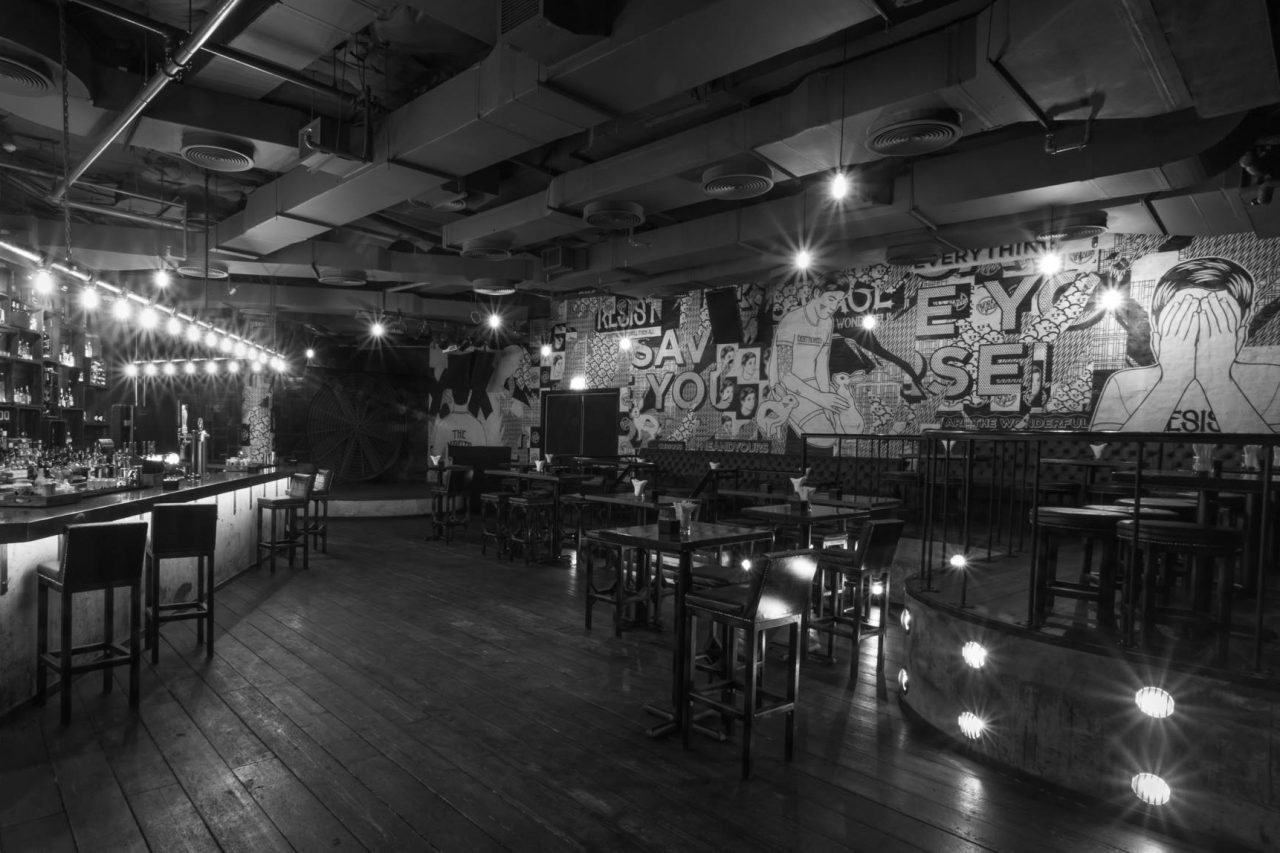 Boom (♫ shake, shake, shake the…) Room. If you’re looking for your next night out, we’ve just found it. Shaking up the city’s music scene, Boom Room Dubai has opened its doors and you’re going to love what this alternative club has to offer. Here’s everything you need to know about the newest club in town…

Where is Boom Room?!

If you know how to party, you’ll already be familiar with Stereo Arcade Dubai in JBR. Stereo’s club has been pumping out crowd-pleasing anthems and its adjoining pub has been rocking out six nights of live music since 2015. Now, in celebration of its two-year anniversary, the pub has been revamped and relaunched to bring you another club concept: Boom Room. You can move between Stereo and Boom Room to make the most of your night out!

Location: Inside Stereo Arcade Dubai at DoubleTree by Hilton Hotel in JBR.

Tunes from the Boom box

Boom Room gives party-goers what they want to hear. With themed nights and DJs spinning out tunes from different genres, you can expect everything from the latest hip hop tracks to old-school funk. Bringing a new dimension to the city’s nightlife scene, Boom Room will embrace local DJs from Dubai’s music scene and deliver all genres of music including Electronic, RnB, Funk and Hip Hop. Boom Room will also be bringing in DJs who will scratch vinyls to keep the party alive til the early hours.

If we didn’t see it on social media, then it never happened! Funking up your Facebook profile, Boom Room will be getting snap happy with black and white club photography. Colour is out and monochrome is in… so make sure you match the club’s murals and rock an outfit that will capture the camera’s attention. Boom Room will be throwing you back in time with monochrome photo memories of your night out, so follow the newly launched Facebook and Instagram page to flick through the photos: @boomroomdubai.

Call your crew: Dropping some of the best beats in town, gather your crew and get ahead of the game at Boom Room this weekend. This club is set to switch up the nightlife scene!

Club Timings: Boom Room Dubai is open daily from 6pm to 3am.

nextBarasti Just Built a Tropical Jungle on the Beach (We're Not Joking!)