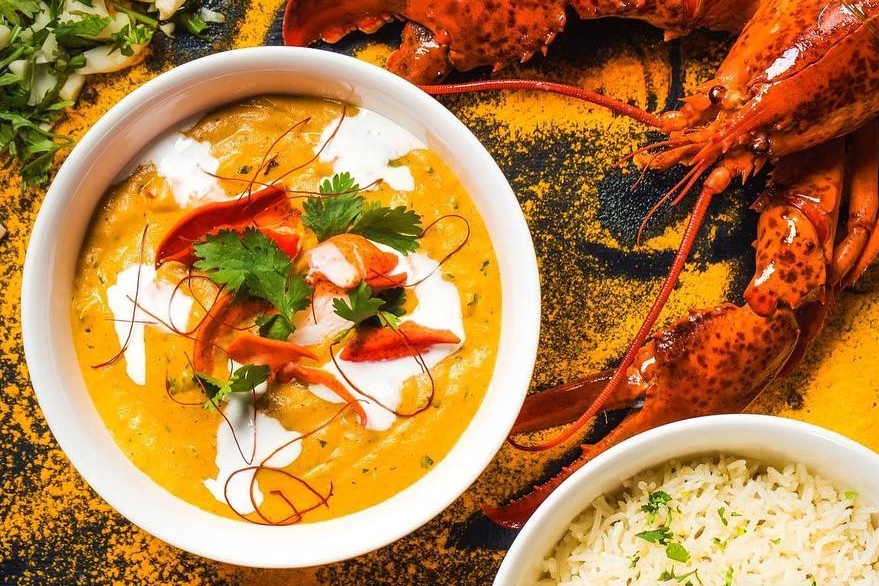 The genius behind the Burger & Lobster concept is simple: serve a limited menu but make sure it’s unforgettable… which is exactly what they’ve dished up with their latest creation, Lobster Tikka Masala!

In the past year, Burger & Lobster has gone from serving signature items like lobster rolls and beef burgers to adding imaginative starters, soups and salads to the menu, along with this new Indian-inspired dish. Say it again, people: Lobster… Tikka… Masala!

Burger & Lobster might be the only spot in town to have come up with the Lobster Tikka Masala concept. Chef Hicham – who has worked in some of the city’s most luxurious restaurants – created this original recipe with Dubai foodies in mind. The result? A fantastic fusion that stays true to its roots and uses gourmet seafood in a way you don’t expect. Fact is, we’ve never sampled anything like it and we’re all about finding unique dining experiences! 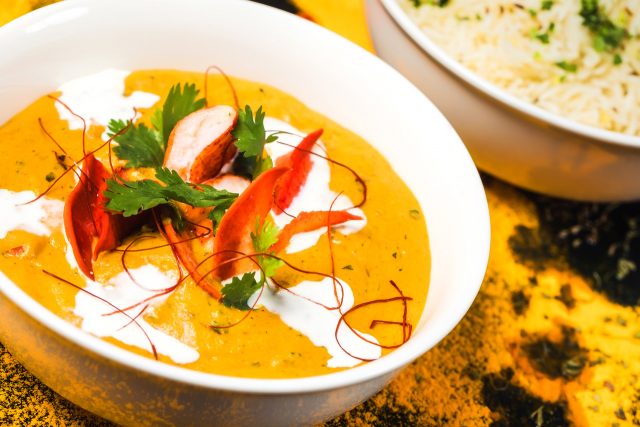 Here’s what this magical masala dish is all about: in a skillet, handcrafted tikka gravy is heated in pan with ingredients like cumin seeds, ginger, coriander and justtttt the right amount of chilli. Once all that delicious lobster meat has been separately steamed (or grilled), it’s mixed together and plated with cumin rice, freshly baked rolls and mint yogurt. Trust us: this dish will have you wishing for seconds.

The Lobster Tikka Masala at Burger & Lobster is awesome because it’s so different from the norm. As big fans of North-Indian street food, one of our favourite British cult classics is given the ultimate upgrade at this laid-back trendy eatery. If you’re looking for the ultimate fusion dish of seafood and spices, we suggest putting it at the very top of your foodie bucket list.

Burger & Lobster is located in Burj Daman, behind DIFC. For reservations: reservations@burgerandlobsterdubai.com or call 04 514 8838. For more juicy pics, head to Facebook and Instagram. They also offer a home delivery service.

previousLooking For the Best Nursery in Dubai For Your Child? We've Found 5 of Them!

nextLooking for a job in Dubai? We're Hiring Again!