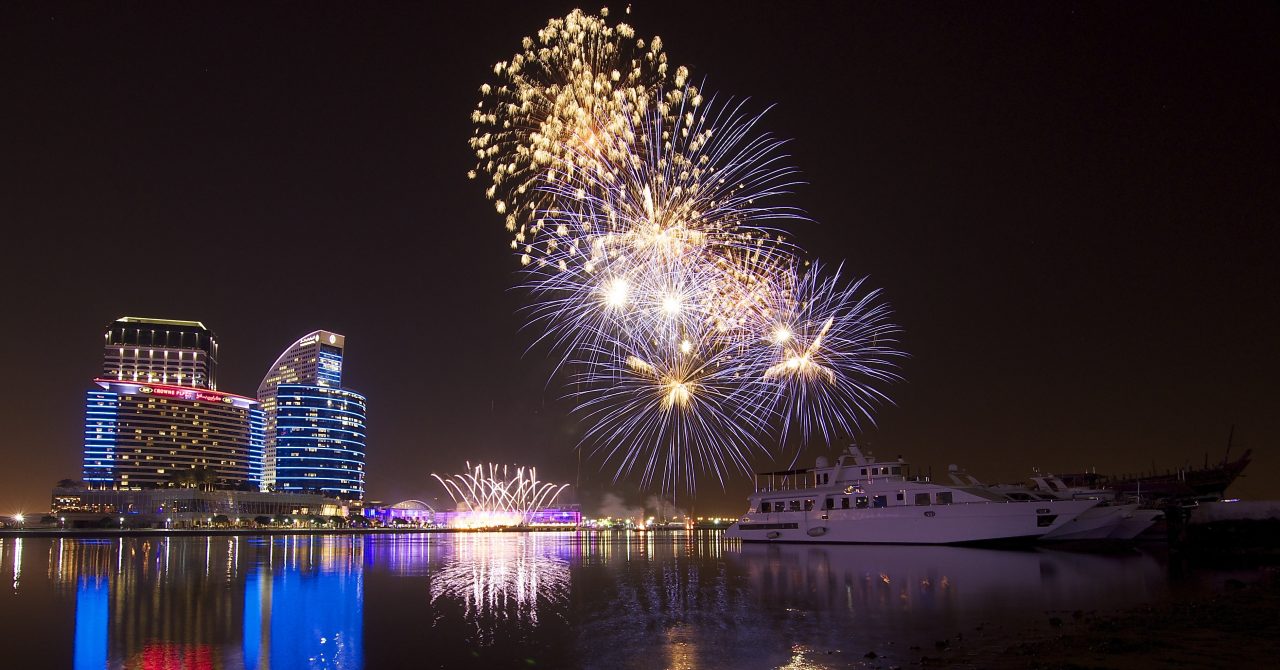 Looking for family-friendly ways to ring in the new year without breaking the bank? It’s time to get ready for unforgettable celebrations as Dubai Festival City Mall is set to host the ultimate New Year’s Eve event – for FREE!

From four jaw-dropping sets of fireworks to live music performances, the record-breaking IMAGINE shows, and an unforgettable countdown finale, Dubai Festival City Mall is THE place to be this New Year’s Eve. We can’t think of a better way to end 2017, can you?!

Price: The event is non-ticketed and free to the public.

insydo tip: Be sure to get there super early as we all know what Dubai traffic is like on New Year’s Eve!

Why settle for one firework display when you can witness four?! Watch the sky light up at Festival Bay at 9pm, 10pm and 11pm, and get ready to experience a show like never before. Stick around for the grand fireworks finale, which is set to impress the crowds when the clock strikes 12!

From a live vocalist to impressive saxophone and guitar bands, enjoy free live performances that the whole family will love. Why not make a night of it and book dinner at one of the neighbouring restaurants overlooking the promenade – you’ll have front-row seats to all the awesome shows set to take the stage! Here are all the top restaurants you’ll find at Festival Bay:

Who are you celebrating New Year’s Eve with?!

nextMATTO is Offering All-You-Can-Eat Pizza For Only AED 80!