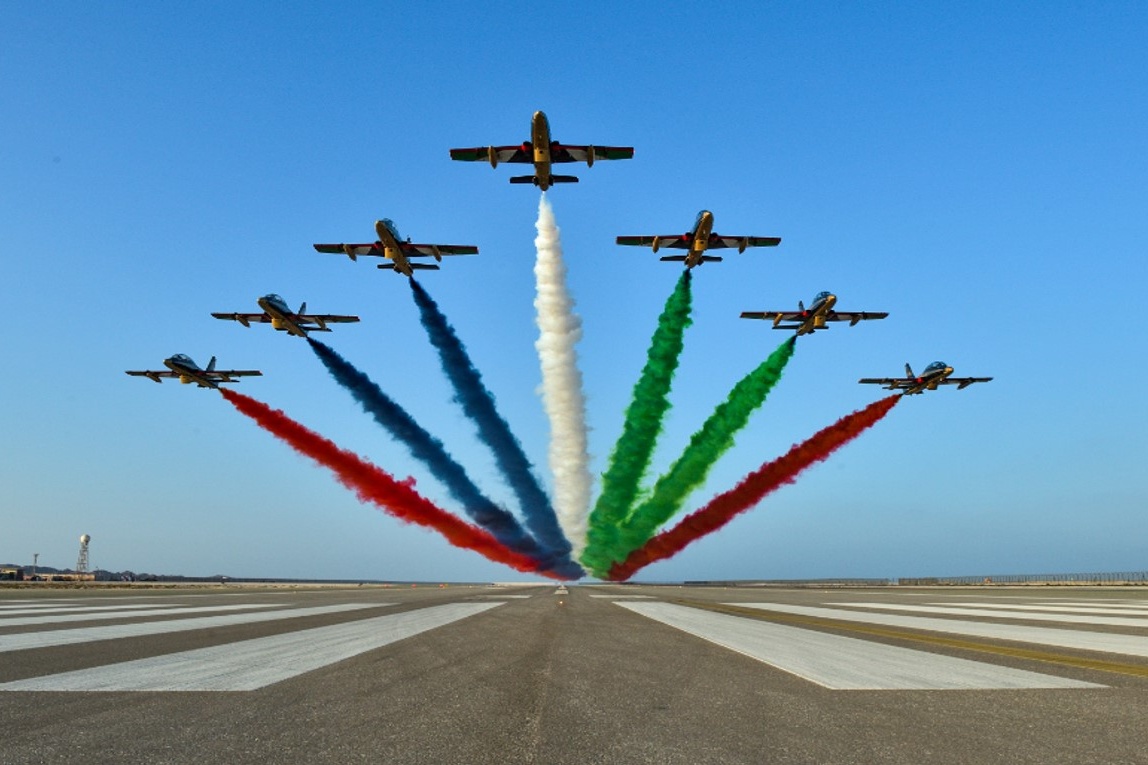 Got plans this National Day? Well, if they’re not at Dubai Festival City Mall, it’s time to change them… immediately. From sky-high stunts and flypast jets to two spectacular firework finales, get ready for a National Day celebration like no other in the city! Expect non-stop live entertainment and a whole host of family-friendly celebrations including dancers, jet-pack performances, aerial stunts, and so much more.

Here’s a roundup of what’s in store…

The celebrations kick off with an incredible jet flypast by Al Fursan, the aerobatics demonstration team of the UAE. Translating to ‘The Knights’, Al Fursan is set to ‘wow’ the crowds with its impressive sky-high acts.

From 3pm onwards, Festival Bay is set to feature performances by Al Ayala dancers (also known as Yowalah dancers). Showcasing the traditional group dance of the UAE, you’ll get a glimpse of the country’s culture through live music and dance.

See the sky light up (twice!)

Now this is one BIG finale you don’t want to miss! Dubai Festival City Mall will have two epic firework displays across Festival Bay at 9pm and 11pm. The lead up to this will be a new, one time-only IMAGINE performance which will pay tribute to traditional Emirati culture. IMAGINE’s existing daily shows Star Dancer and A Child’s Dream will also continue to be shown throughout the evening.

previousFormula 1 Abu Dhabi: Everything You Need To Know About The Big Race Weekend!