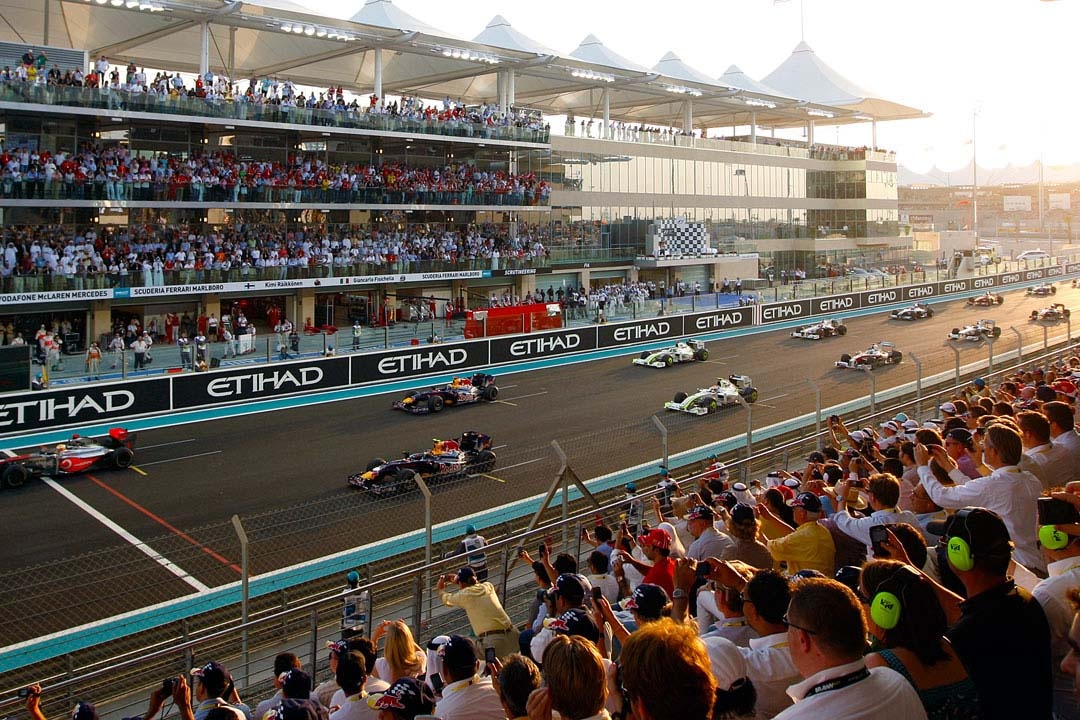 The final round of the 2017 Formula One season is finally here, and it’s all kicking off at the Etihad Airways Abu Dhabi Grand Prix this weekend!

With big race sponsors such as Rexona and Etihad Airways, the Formula 1 Abu Dhabi is set to ‘wow’ the crowds with its massive Yasalam music line-up (we’re talking the likes of Calvin Harris and P!NK!), jaw-dropping Al Fursan air show displays, and of course, thrilling race action on the 5.5km track.

Favourited as the Middle East’s largest sporting weekend of the year, this sell-out event is definitely one not to miss.

Rexona and the F1 Abu Dhabi

Considered as one of the world’s top anti-perspirant deodorants, Rexona (part of the Unilever group) recently gave two lucky winners the chance to win F1 tickets. How amazing is that?! On top of that, the brand also recently hosted a meet-and-greet with pro Williams racers Felipe Massa and Lance Stroll.

As part of Rexona’s five-year long association with William’s Racing, one of the world’s leading Formula 1 teams, the brand teamed up with LuLu Hypermarkets in the UAE to launch an activation ahead of the big race in Abu Dhabi.

To celebrate, Lulu Hypermarkets and Unilever hosted an event on November 22nd, 2017 at the LuLu store in Mushrif Mall Abu Dhabi. The event featured simulator competitions which allowed attendees to test their speed on the virtual track, giving the top two scorers tickets to the 2017 Formula 1 Abu Dhabi Grand Prix.

This is what Cem Tarık Yüksel, Managing Director, Unilever Gulf & Customer Development Lead, NAMETRUB, had to say: “As an official partner of Williams Racing, this is a perfect way for Rexona to grow our brand in the region and support the race team when under pressure in November.”

But that’s not all Rexona did to celebrate the F1 Abu Dhabi… The brand also recently launched a unique shopper activation in LuLu Hypermarket stores, offering customers the chance to win the ‘Ultimate VIP Driving Experience’ at the Dubai Autodrome and tickets to the Abu Dhabi Grand Prix.

The events kicks off on Thursday 23rd November, where three-day ticket holders can head down to the track and check out the cars that will be competing. The first race will actually start at 5pm on Friday 24th November and run until Sunday 26th November.

From family-friendly offers to huge concerts, the Abu Dhabi Grand Prix really does have something for everyone! Here’s a quick breakdown of the events happening on each day:

Check out our latest articles on the best events at the F1 Abu Dhabi and the 3 superstar DJs set to play this weekend.

previousWIN an iPhone 8 or a GoPro With Your #DaddysHome2 Meme!

nextSky-High Stunts & Flypast Jets: This is THE Place To Be On National Day