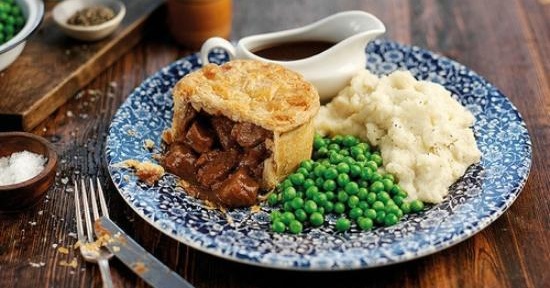 For those expats that grew up with the heavenly smell of pies in their household, you’ll know that nothing quite beats a freshly-baked pie. From the classic Shepherd’s Pie to the traditional Steak & Ale Pie, here are five of our favourite Irish and British pies in Dubai.

1. Shepherd’s Pie at The Rose & Crown

A hidden foodie gem in Al Habtoor City, The Rose & Crown is a lively spot that serves up classic pub grub coupled with refreshing drinks. Their Shepherd’s Pie is a definite must try, made with minced lamb and onions, and topped with buttery mashed potato with a side of garden peas.

Delivering Great British Pies to your door, Sandwich Express Artisan Bakery was made for your lunchtime cravings. Baked fresh out the oven daily, take your pick from an array of different flavours including, steak and mushroom, chicken and mushroom, steak and potato, plus many more options to choose from.

The Crown & Lion is a popular British sports bar in Dubai that’s known for awesome live entertainment, home-cooked food and regular quiz nights. From Chicken Tikka Pie and Chicken & Vegetable Pie to Steak & Ale Pie and Shepherd’s Pie, the menu is filled with a host of British favourites.

4. Steak & Ale Pie at The Underground

Recreating the traditional British pub in Dubai, The Underground is perfect for those looking to enjoy some pub grub with friends while cheering on their favourite football team. We’re massive fans of the pub’s traditional Steak & Ale Pie made with steak, onions, garlic and vegetables in Ale Beer.

5. Chicken and Mushroom Pie at The Dubliner’s

The Dubliner’s is a traditional Irish pub that offers home-cooked food, refreshing drinks and shows all the latest sporting events live. The menu boasts a huge selection of pub grub favourites – one of which is the delicious Chicken and Mushroom Pie. Chicken pieces cooked in a mushroom sauce, covered in pastry and baked until golden brown… need we say more?!

For more British food favourites, here’s where to find traditional fry-up breakfasts in Dubai and the best roast dinners in Dubai.