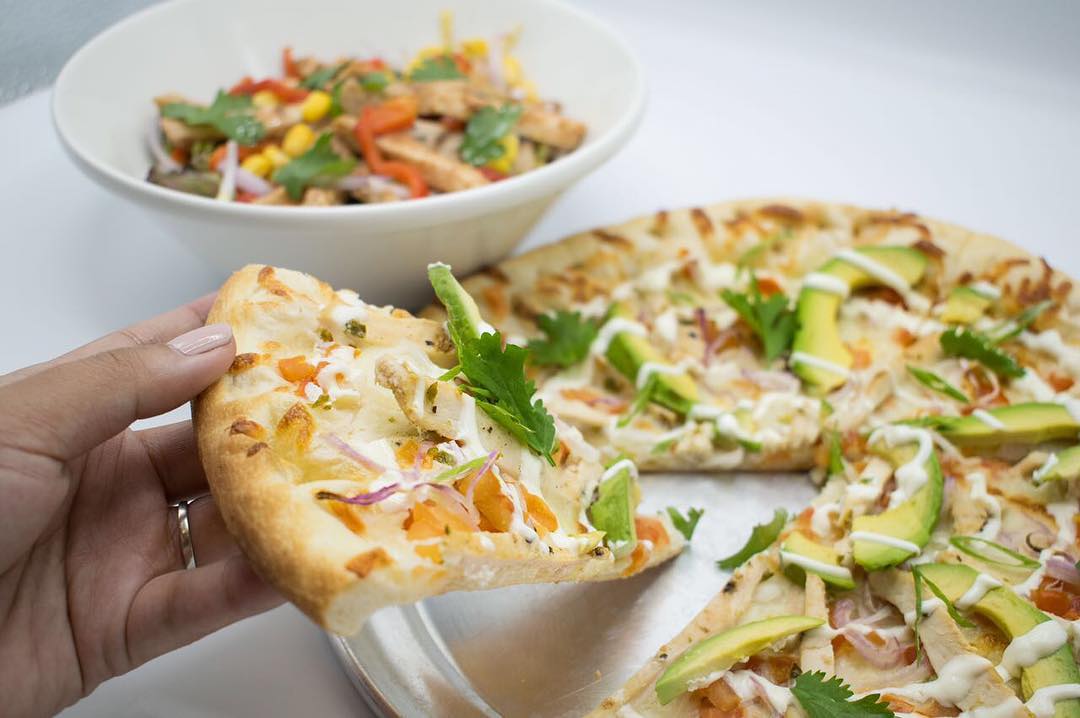 5 Reasons Why This Spot Isn’t Your Typical Indian Restaurant

Meet the ‘King’ of Kulcha…

THIS is How Greeks Party

Survived #Veganuary? Whether you’re trying to be vegan in Dubai for another month, or you’ve always followed a plant-based diet, you need some vegan pizza in your life . There aren’t a lot fully vegan restaurants in Dubai, but you can still find some great vegan food in Dubai! Here’s where you can find the best vegan pizzas in Dubai…

Vegans in Dubai, if you haven’t tried out Pinza Dubai yet you are seriously missing out! On top of the vegan mozzarella (which is delish!), they also have different vegan sausages, vegan truffle cream, and more!

What we love most: Pinza Dubai changes up its variety of vegan toppings quite often to see what their customers like best, and may even send you some freebies from time to time just for your honest feedback.

In all honesty, when Freedom Pizza Dubai first rolled out its vegan pizzas over a year ago, we weren’t the biggest fans. But then… we gave it another shot recently and we cannot stop raving about it! Freedom Pizza’s pizzas are thin, crispy and so so so tasty!

What we love most: The vegan pizzas here are so light. You can eat an entire pizza without feeling like it’s ‘cheat day’.

There aren’t a lot of high-end restaurants in Dubai that serve vegan pizzas, so we were quite surprised to find an avocado pizza on the menu at Jean Georges Dubai (but hey, we’re not complaining). We may be biased because of our unconditional love for avocado, but everything about this was perfect! From the thin and crispy base to the perfectly sliced avocado topped with jalapenos and cilantro, all we can say is wow.

What we love most: This isn’t anything like a regular vegan pizza (there’s not even any cheese) but trust us, it’s equally as delicious as the rest.

If you’re a vegan in Dubai, you must already know that this is the place to go for the best vegan food in Dubai. Super Natural Kitchen Dubai has not one, but three vegan pizzas on its menu – a roasted vegetables vegan pizza with pesto and cashew cheese, a truffle mushroom vegan pizza (yum!) with truffle cashew cream and a puttanesca vegan pizza with almond ricotta cheese.

What we love most: On top of being a fully vegan restaurant in Dubai, Super Natural Kitchen Dubai’s dishes are also 100% raw, gluten-free and sugar-free.

Here’s another pizza joint that lets you customise your pizzas with vegan options! Whoever said that it’s difficult to be a vegan in Dubai simply didn’t know where to go. Zpizza Dubai doesn’t have vegan cheese, however the cheese-less pizzas are good enough without it. For a full list of their vegan ingredients, read this.

What we love most: The pizzas are all organic, GMO-free and they have an awesome selection of toppings to choose from (including avocado!)

Where to find it: Zpizza Dubai, in Al Barsha & Business Bay

Read more: Looking for more vegan food? Here are 7 vegan restaurants in Dubai to check out!

previousWhere to Find the Best Paratha in Dubai

next5 Caribbean Restaurants in Dubai You Should Be Checking Out