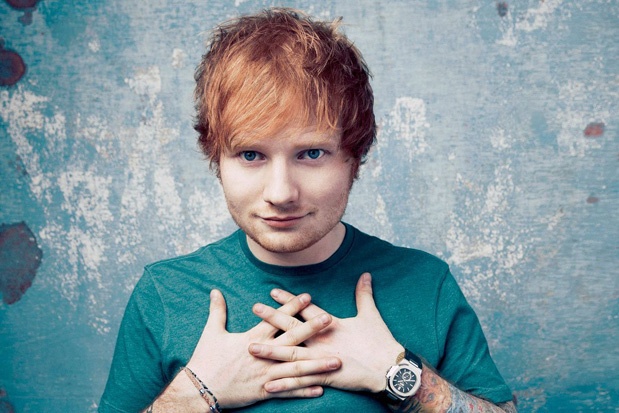 Fans across the region have been holding their breath over the last 48 hours ever since Sheeran revealed that he broke his arm in a bicycle accident. So this latest update directly from the singer should have you slightly worried: he’s just cancelled 5 upcoming tour dates in Asia. 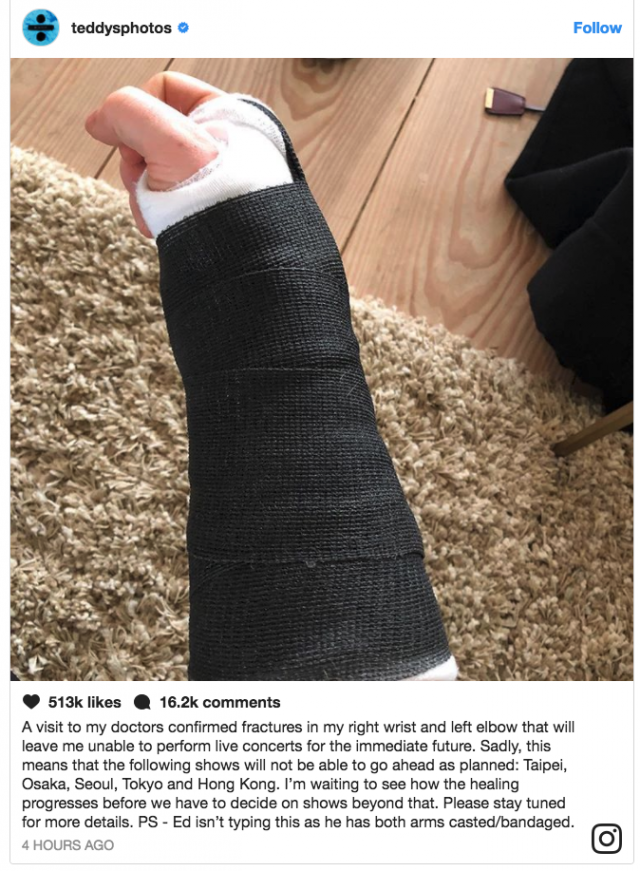 In an Instagram post from Wednesday, Sheeran revealed that he fractured his “right wrist and left elbow that will leave me unable to perform live concerts for the immediate future.”

The following shows have been cancelled: Taipei, Osaka, Seoul, Tokyo and Hong Kong.

Sheeran will await further medical advice before announcing the fate of his world tour, including a stop-off in Dubai scheduled for November 23 at Autism Rocks Arena.

Event organisers 117 Live just released this statement: “We have now received an update from Ed Sheeran’s team that he is unable to perform for the immediate future. Since Dubai is the last show of the season we have been told that the show is still going ahead as planned. Until we receive any further feedback from Ed we are sending him get well wishes from Dubai and we hope to see him soon.”

insydo will keep you updated as more news come in… 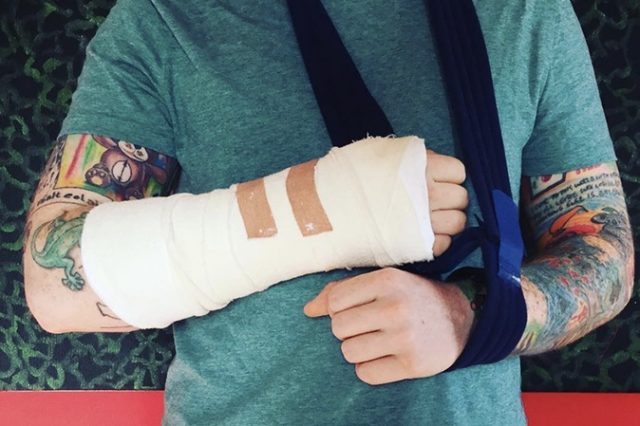 previousGlobal Village is Opening on Tuesday — You Ready?!