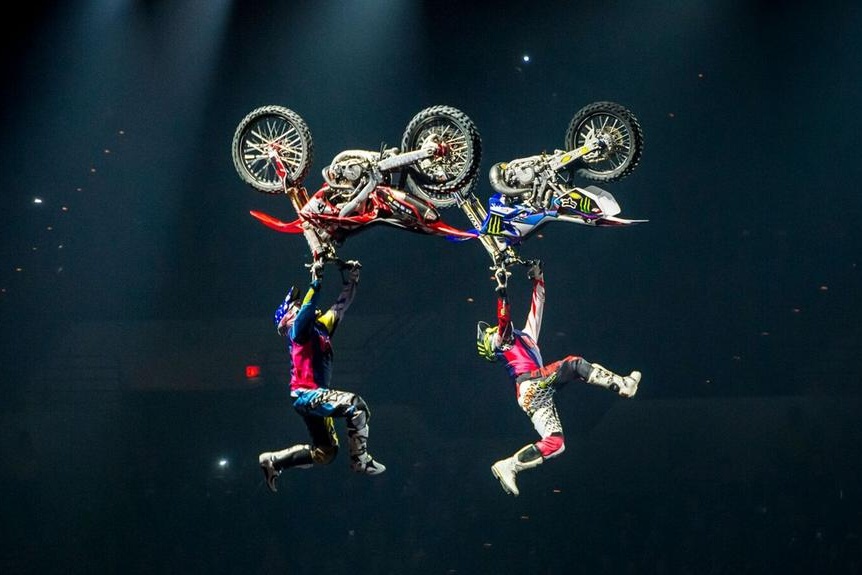 This is one of those shows where you’ll be saying: “Did I just see that?”

Get ready for high-adrenaline fun as one of the world’s most popular action sports shows lands in Abu Dhabi. Nitro Circus Live will bring an all-star lineup of motocross riders to Yas Marina Circuit on October 6 to perform mind-blowing stunts for action junkies.

Taking place on the Formula 1 track on Yas Island, it’s your chance to witness over 30 action sports athletes take to the air with huge tricks and death-defying stunts. Oh, and your ticket also includes a free day pass to Ferrari World.

Featuring freestyle motocross and BMX riders, athletes are set to put on an outrageous show as they take flight off the famous 40-foot Giganta Ramp.

Nitro Cricus Live debuted in 2010 and has since performed for more than three million fans in over 160 cities. The show has sold out stadiums including New York City’s Madison Square Garden and London’s O2 arena.

Entry: Tickets start at AED 250. All tickets include a day pass to Ferrari World.

previousDesert Warrior Challenge Race is Coming Back to Dubai in October