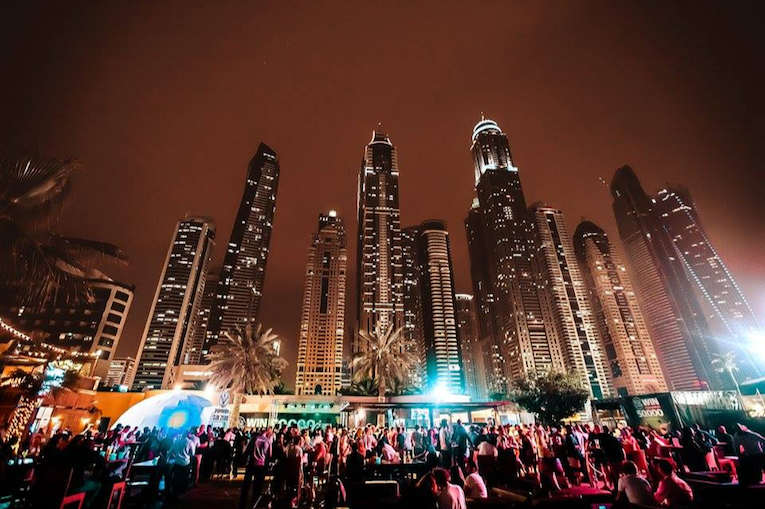 Heads up party people because there’s a FREE electronic music festival coming to town in April. Barasti Dubai is set to host Sound Collective next month with DJ Benny Benassi headlining the 3-day event. Here’s what you should know…

Festival on the beach at Barasti Dubai next month

Coming back for its second edition, Sound Collective will run from Thursday, 5 April to Saturday, 7 April at Barasti Dubai. The 3-day electronic fest – first launched last year – is returning with Grammy-winning producer Benny Benassi. He’ll be joined by fellow headlining acts Quintino, Yves V and Dante Klein during the free public event (strictly 21+ and over.)

You’ll remember Benassi for his 2002 global smash hit Satisfaction, which helped usher Electronica into the mainstream.

Also on the line-up is Quintino, a Dutch DJ and record producer best known for his progressive house remixes. Check out his set from last year’s Tomorrowland festival below…

Last year saw thousands of EDM fans descend on Barasti for the first edition of Sound Collective; the beachside haunt is promising an even bigger and better festival this time around. Other artists set to perform include Just Lance, Tom Ferguson, Rohan Nunez, Marty Met and DJ Marc.

With the summer heat growing stronger every day, this might be one of your last chances to dance on the sand… don’t miss it!

next6 Spots in Dubai to Enjoy Sundowners With a View