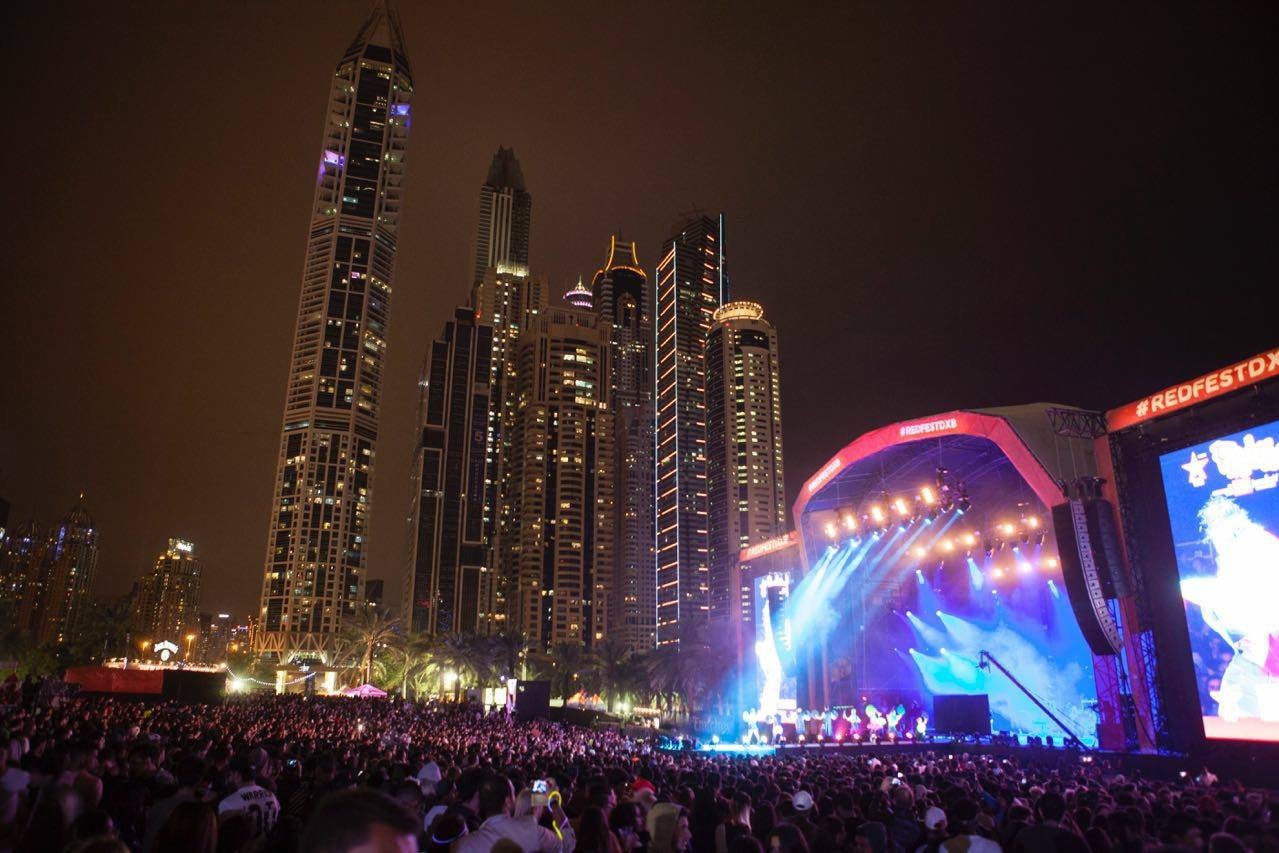 Ready for your favourite stars to take the stage? RedFest DXB 2018 is returning with EDM-pop duo The Chainsmokers headlining the festival’s opening night.

Virgin Radio RedFest DXB is taking place on Thursday, February 8 and Friday, February 9 of next year. The two-day event will feature a massive line-up of star performances at Dubai Media City Amphitheatre, with more headlining acts to be announced this week.

RedFest DXB is back…

We’re really excited about The Chainsmokers performing in Dubai. The American DJ duo have had an absolutely massive year off the back of hits like Closer, Paris and Don’t Let Me Down. Made up of producers Andrew Taggart and Alex Pall, the boys will be performing on Thursday, February 8.

Other artists set to take the stage on day one of RedFest including French-Lebanese vocalist Anthony Touma, American rapper Russ and British singer Kelli-Leigh.

Headlining acts for day two of the festival will be announced shortly… watch this space for updates!

Tickets for RedFestDXB start from AED 395 per person and go on sale Thursday, December 7. You can purchase tickets at www.redfestdxb.com

previousThrow Your Own Dubai Boat Party With These Hourly Rental Offers...