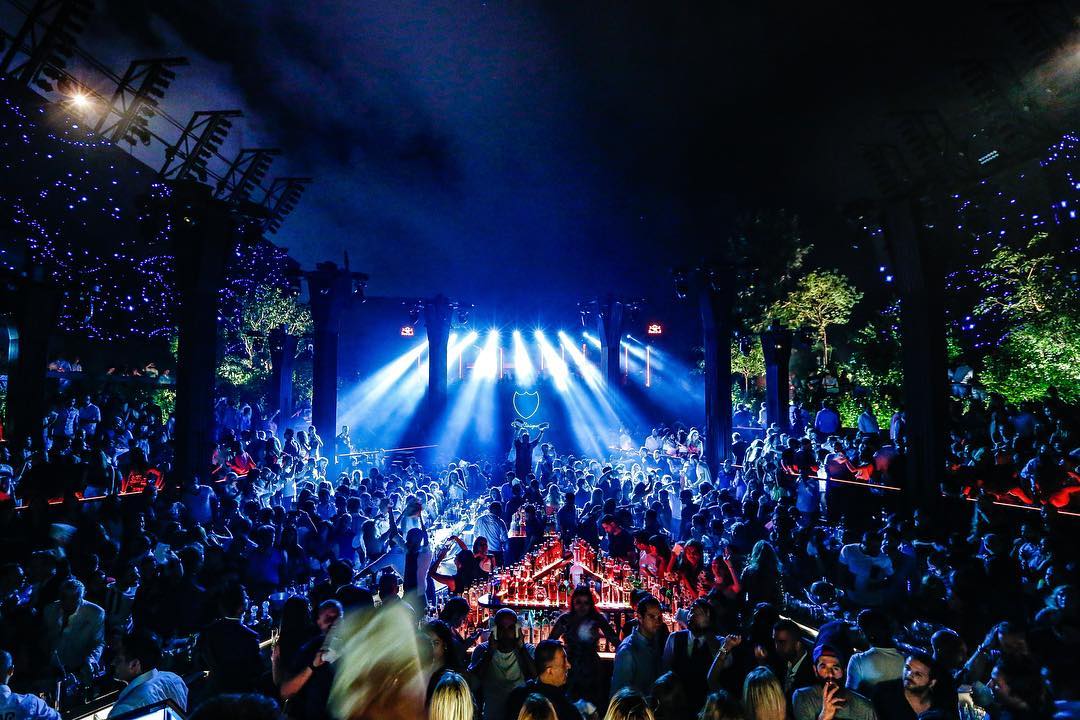 Party people, are you ready for what Dubai has got planned?! Within the next year, we’re going to have some of the world’s most famous bars and night clubs in Dubai, as well as homegrown concepts! From Nammos Mykonos to Ocean Beach Ibiza, here are some awesome Dubai nightlife spots to be excited about…

If you you’ve never been, Nammos is hands-down one of the craziest party spots in Greek island Mykonos – and we literally cannot wait for it’s Dubai launch! Ready to party like they do in Greece? The beach club is set to open next year, at Four Seasons Resort in Jumeirah.

Straight outta Beirut, the famous open-air nightclub Skybar is coming to Dubai later this year and will be called Sky 2.0! An exact date hasn’t been announced, but Sky 2.0 will be setting up home in Dubai Design District – close to Base Dubai.

After a short break, Cove Beach Dubai is finally back in business – but at a super cool new location this time. Make your way to Caesar’s Palace Hotel, at the brand new man-made Bluewaters Island to check it out. It just opened to the public last weekend, and already has everyone raving about it.

Ready for a VIP party experience? There’s a luxurious new Dubai nightlife spot opening later this month, and it looks awesome! Our favourite part? Mantis Dubai is going to be an ‘Immersive Room’ where partygoers can relax, unwind and have some Kopi Luwak coffee – the most expensive in the world!

Yesss – Ocean Beach Ibiza (now O Beach Ibiza) is actually coming to Dubai! This famous Ibiza beach club announced the exciting news on their Instagram page, saying that Ocean Beach Ibiza will be launching a Dubai branch around Autumn 2019. If this is anything like the original, the Dubai nightlife scene will be on a whole new level!

Read more: Looking for some cool bars in Dubai to check out? Here are 6 speakeasies to check out…

previous7 of the Best Party Brunches in Dubai Right Now

next4 Trendy Outdoor Terraces in Dubai With After-Work Offers