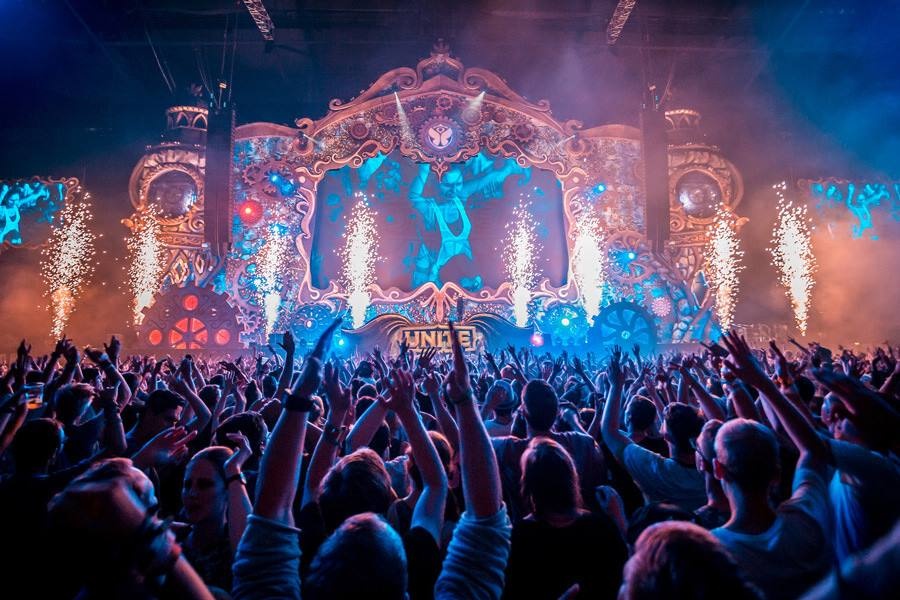 Can’t make it to the Tomorrowland in Belgium in July? Let the world’s biggest electronic music festival come to you instead. Unite with Tomorrowland is headed back to the UAE this summer for a massive one-off event – here’s what you should know…

‘Unite with Tomorrowland’ returns to UAE

Unite with Tomorrowland will take place on Saturday, July 28 in Abu Dhabi. The show will feature a live stream of the festival in Belgium via satellite, allowing ravers in the UAE to party along with electronic music’s biggest stars.

Three main headliners will be broadcasted live on a unique Unite with Tomorrowland stage, with special effects synchronised with the show in Belgium.The event will be broadcast in six other countries including Italy, Lebanon, Malta, Mexico, Spain and Taiwan.

The venue and artist line-up are still to be confirmed, but last year’s show at Dubai Festival City saw thousands turn up for their first glimpse of an epic Tomorrowland production.

How to pre-register for tickets:

Pre-registration for tickets can be done at Tomorrowland.com. Pre-registration will close on Monday, February 26 at midnight. The event is strictly for guests aged 21 years and over.

Those who register will be able to access the ticket shop and buy a ticket between Tuesday, February 27 at 9am and Thursday, March 1 at 9am (48 hour sale.)

The general public will be able to purchase tickets from March 1 at 1pm.

previous6 Gentlemen's Nights in Dubai With Discounts For the Guys