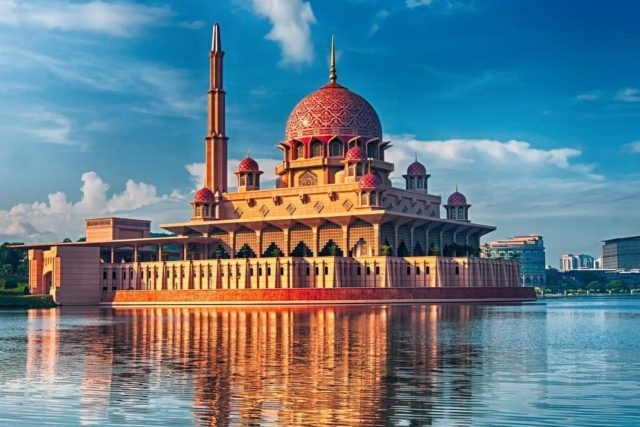 There’s no doubt that our planet is filled with some incredible man-made structures. However, did you know about all the stunning mosques that man has created too?! From pink-coloured mosques to floating mosques, here are 8 mosques around the world that will take your breath away…

The Sultan Ahmed Mosque, nicknamed the Blue Mosque, is one of the most popular tourist attractions in Istanbul! Built in the 17th century, the interior of this historic mosque is adorned with hand-painted blue tiles, over 200 stained glass windows and sculptured marble.

The Kul Sharif (or Qolsarif) mosque in Russia was built in the 16th century, destroyed shortly after during an invasion, and rebuilt again in 2005 with a modern touch. Named after Kul Sharif, a religious scholar who stayed there, the mosque is now a prominent symbol in the city and one of Europe’s largest mosques. 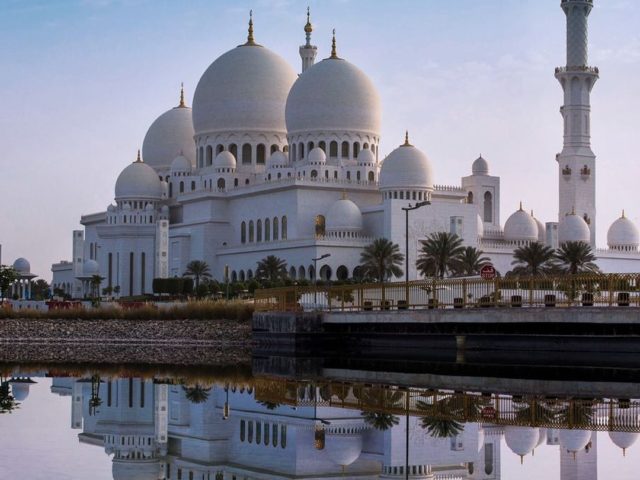 Inspired by Indo-Islamic, Persian, Mughal and Alexandrian influences, the Sheikh Zayed Grand Mosque was built only 12 years ago, and is the largest mosque in the UAE. With pillars adorned with semi-precious stones, floral designs, intricate decor, you will be in awe of its beauty.

The Nasir al Mulk mosque, also known as the Pink Mosque, is located in one of oldest Iranian cities – Shiraz. It may look like a typical traditional mosque from the outside, but once you step inside, the entire place is lit up with color due to the stained glass windows and pink-colored tiles.

Sitting in the capital of Oman, this stunning mosque is home to one of the world’s largest crystal chandeliers! Inspired by Middle Eastern, Omani and Islamic architecture, the Sultan Al Qaboos mosque is the only mosque in Oman that can be visited by non-muslims.

Sitting atop a hill, overlooking the Tin Mal village, this mosque was built way back in 1156 to commemorate the founder of the Almohad dynasty. The Tin Mal mosque was then abandoned for years and restored again in the 1990s, and is now open to all visitors.

Hands-down one of the most beautiful mosques in the world, the Omar Ali Saifuddien Mosque is a major historical site and tourist attraction in Brunei. Built on top of an artificial lagoon, the mosque blends together Mughal architecture and Malay influences.

Sitting atop a man-made lake, the pink-colored Putra Mosque in Malaysia is absolutely stunning. The mosque itself is constructed with rose-colored granite, and can accommodate up to 15,000 people.

Read more: Here are 5 magical places in the Middle East to visit…

nextTop 10 Things To Do in Dubai this Weekend