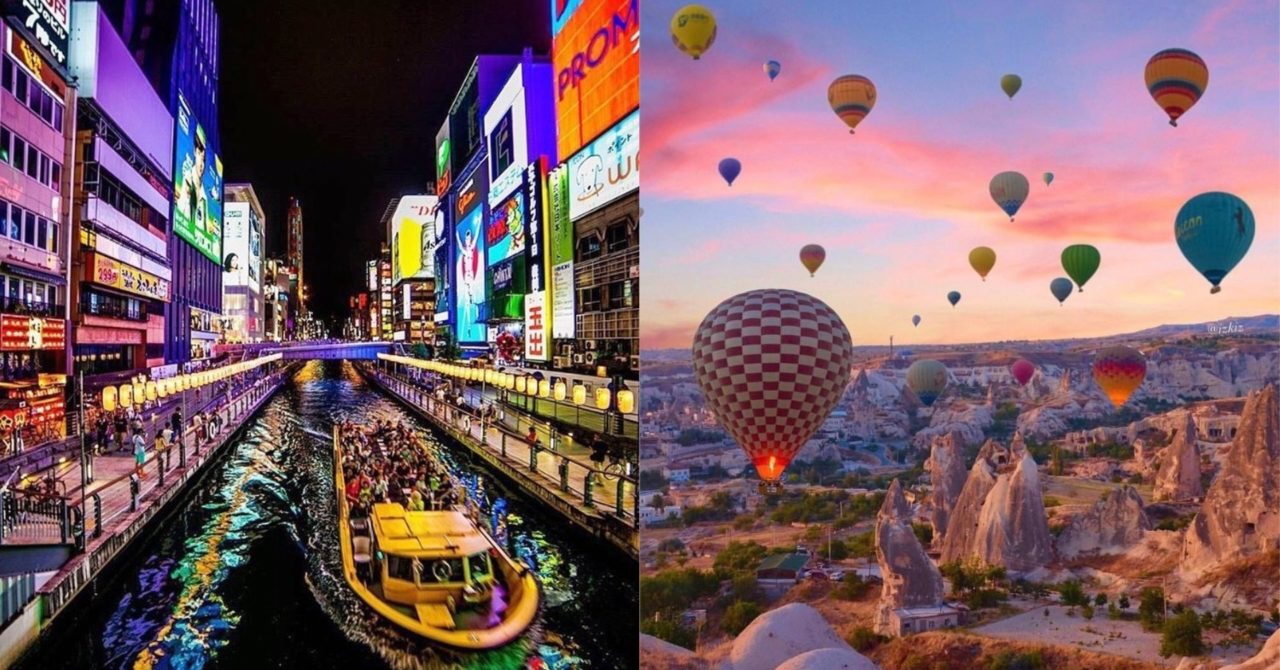 A ‘second city’ is sort of like being the younger child living in the constant shadow of a bigger, more popular sibling. They might not get the attention they deserve, but it’s for precisely this reason they become more enjoyable places to visit.

For anyone hoping to skip the tourist trail, second cities offer better value, less crowds and more authentic local experiences. Here are 7 underrated second cities to consider for your next trip…

Why you should go: Amsterdam is an AWESOME city — it’s also horrendously overcrowded with some of the world’s most expensive Airbnb’s. Holland’s second city of Rotterdam on the other hand, is far more hip and less gaudy than it’s vice-fueled neighbor. Just an hour’s train ride from the capital, the city’s landscape is packed with modern architectural gems like Overblaak Development and a thriving food and nightlife scene. Unlike in Amsterdam where locals tend to avoid invasive tourists at every turn, Rotterdam is much more welcoming to visitors looking to explore the Dutch way of life.

Why you should go: Japan can be overwhelming for first-time visitors so it’s normal that Tokyo is their first stop-off. But the capital is also one of the most expensive places to visit on the planet and can feel like a Disney version of what real Japanese culture is all about. Osaka, however, is criminally overlooked. Nicknamed Tenka no Daidokoro (the nation’s kitchen), it’s the snack food capital of Japan where you’ll find big city vibes and small-town warmth.

Why you should go: While not a capital, Istanbul is Turkey’s largest city, filled with old world charm and stunning monuments. It’s also painfully congested with car-choked roads that make getting around during rush hour a nightmare. Cappadocia, however, literally feels like a world away, with an alien landscape will make you feel like you’ve landed on a different planet. Famed for its hot-air balloon rides and cave hotels, it’s one of Turkey’s most underrated destinations.

Why you should go: “Love the city, hate the people” is perhaps the most appropriate tagline for Paris and its inhabitants. The cliché that “Parisians are rude” is debatable, but non-French speaking tourists will almost certainly have a tougher time with impatient locals tired of giving directions to the Eiffel Tower. Paris is beautiful, but it’s also incredibly overhyped. Skip the City of Lights and head to the Mediterranean port city of Marseille where African and French cultures collide. Its beaches rival Nice and St. Tropez — only less pretentious and more budget-friendly.

Why you should go: Most visitors have a romanticized notion of Cairo — and that’s usually dashed as soon as they exit the airport. Egypt’s ancient capital is one of the most pedestrian unfriendly cities on Earth and you’ll feel like you’re being scammed at every turn. If seeing the pyramids is on your bucket list, spend a half-day in Cairo before heading 500 km south to Luxor — often called the world’s greatest open-air museum. From the Valley of the Kings to Tutankhamun’s tomb, Luxor is home to some pretty spectacular archaeological sites.

Why you should go: Barcelona, the capital of Spain’s Catalonia region, has become annoyingly overcrowded with tourists slowly chipping away at the city’s cultural identity (most locals have been pushed out of the city center due to the high demand for short term apartment rentals like Airbnb.) This huge influx has driven up the price on pretty much everything, from taxis to drinks. But Spain has so much more to offer in places like Seville which offers up guests a unique history as the Andalusian capital. Boasting an incredible tapestry of cultures, it was even named as the best city to visit in 2018 by Lonely Planet.

Why you should go: New York is often top of list on many travel bucket lists  — but it really shouldn’t be. Its public transport is an unreliable mess, hotels are prohibitively expensive (along with everything else), and that famous ‘New York attitude’ — a potent mix of rudeness and indifference — can’t be avoided. Chicago, though, feels like one big cosmopolitan neighborhood where sparking up a conversation with a local is commonplace. Boasting magnificent museums, great sports attractions and a bustling nightlife scene, it’s what New York City wishes it could be. Head to NYC if you must… but you’ll probably have a better time in Chicago.