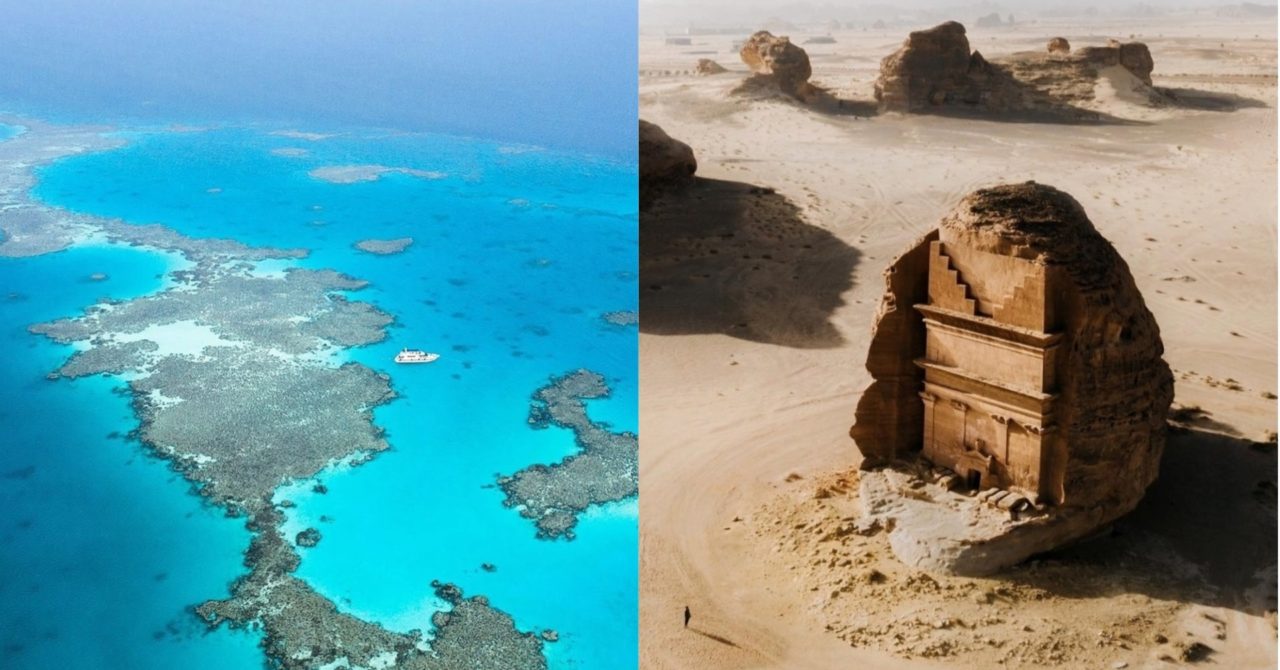 Saudi Arabia been described as a “final frontier of tourism” by Lonely Planet.

It’s quite surreal to see the speed at which the kingdom is opening its doors to the world. For decades, it has only been accessible to business travelers, expat workers and religious pilgrims visiting the holy cities of Mecca and Medina. But major changes have come in the hopes of attracting a new wave of tourists. Will curious travelers take the bait?

The kingdom is officially open for tourism

Saudi Arabia now allows foreigners from 49 countries to obtain a 90-day, multiple entry visa. The electronic tourist visa will cost around $117 and will be issued on the same day, if approved.

How will the conservative kingdom cope with new visitors?

In preparation for the influx of first-time visitors, authorities are relaxing some rules. For example, women will be exempt from wearing the head-to-toe abaya robe (though a modest dress code is expected) and will be able to travel without a male guardian.

There will be fines imposed for violations of public decency — including public displays of affection — and alcohol remains strictly forbidden. While there may be instances of tourists behaving badly in the days ahead, a major culture clash isn’t likely. Saudi’s are well-traveled outside their borders, while most tourists will arrive with a basic understanding of local customs and etiquette.

Where will visitors be allowed to travel?

In terms of attracting leisure travelers, Saudi Arabia has a long road ahead. Established regional hubs like Dubai have the infrastructure in place to cope with millions of visitors – a goal Saudi hopes to emulate. And they’re banking on the kingdom’s many cultural and historical sites to reel travelers in.

Tourists will be able to visit five UNESCO listed heritage sites, including Mada’in Saleh, one of the country’s most famous archaeological sites, the Gate of Mecca in Jeddah, and Al-Ahsa, the world’s largest oasis with over 3 million palm trees. There’s also the untouched shorelines of the Red Sea that will play host to Neom, a $500 billion mega city under construction.

Will it be enough to attract leisure tourists?

Curiosity is a powerful thing, and for many travelers — particularly from the West and Far East — the idea of entering a once-forbidden land should prove enticing. Ultimately, it’s a chance for people to pull the curtain back on Saudi Arabia and explore it themselves.

The kingdom faces a monster task of building a tourism industry from the ground up. But if it can create an environment hospitable to everyone from adventure seekers to beach lovers and history geeks, it might become the Middle East’s newest bucket list destination.

READ MORE: The UAE’s Newest Luxury Hotel is Not Where You Might Think

previous10 Travel Hacks That Will Help Save You Money

nextWildlife Are VIP Guests at This Luxury Desert Resort in UAE