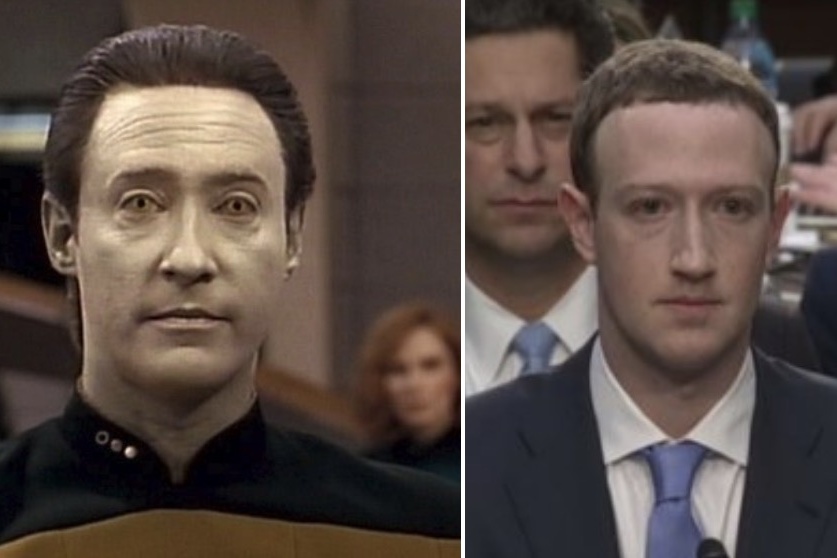 Facebook founder Mark Zuckerberg is having a rough week. On Tuesday, the *sometimes* awkward CEO was grilled by US senators regarding the Cambridge Analytica scandal. Luckily, the Internet was here to spread the memes…

When you're trying really hard to look like a real person and not a robot. pic.twitter.com/x5NVmg6NUI

2. References to The Social Network movie were inevitable

3. Even Getty Images had jokes

4. Some were having Myspace flashbacks

I bet Tom from #MySpace is having a bloody great day as he laughs his head off and sips a cocktail on the beach . #FacebookDataLeaks pic.twitter.com/NecwjFh78h

Zuckerberg on his Facebook profile vs Zuckerberg at this Congressional hearing pic.twitter.com/P3bi2Ry5r4

“Mr. Zuckerberg, I have just one question about Facebook: Where do I find my Hotmail?" pic.twitter.com/51f5cxnJiq

8. But the memes were relentless…

me when I realize my actions have a consequence pic.twitter.com/kNx4rL2uGl

Zuckerberg responding to a question about how Facebook makes money: "Senator, we run ads" https://t.co/FB5COfaAvO pic.twitter.com/RvlN46xzVm

Every time I see Mark Zuckerberg in real life, I like Jesse Eisenberg's performance in The Social Network more and more. pic.twitter.com/1ynZcT8Aye