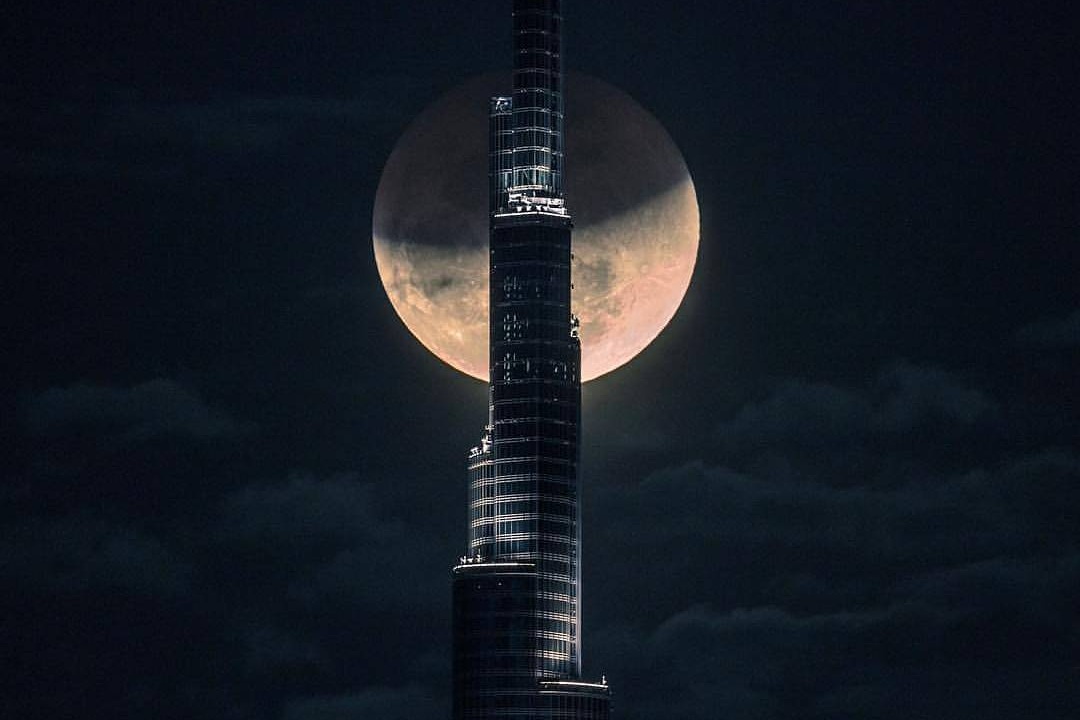 Leave it to the Crown Prince of Dubai to offer up a contender for best snapshot and footage of the rare ‘super blue blood moon’ on Wednesday evening.

HH Sheikh Hamdan Bin Mohammed Bin Rashid Al Maktoum, captured the epic time-lapse (below) of the rare celestial event known as a lunar trifecta. Looks like Burj Khalifa had the best seats in the house…

A combination of a super moon, blue moon and total lunar eclipse happening all at once, the ‘super blue blood moon’ was visible in the skies over UAE just after sunset.

The event unfolded at 6:04pm in Dubai and 6:06pm in Abu Dhabi, when the moon was closest to the horizon. Astronomy lovers had just 3 minutes to witness the total lunar eclipse.

Not a bad way to kick off February!

READ MORE: Incredible Before and After Shots of Dubai!

previousWe Sent Her on XLine Dubai For Her Birthday! Here's What Happened...