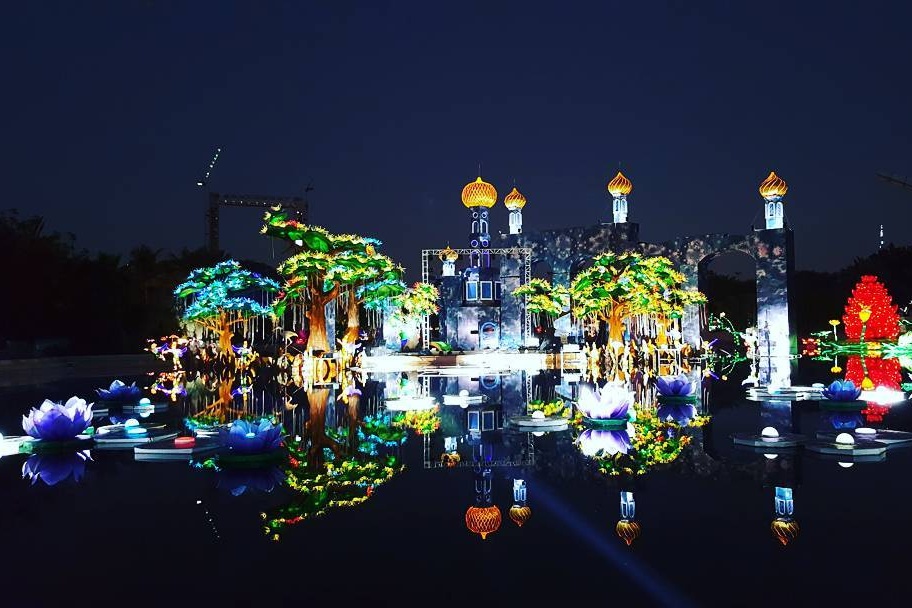 There are plenty of ways to beat the heat in Dubai, but none as cooler than a visit to the city’s new Ice Park. Kicking off its third season, Dubai Garden Glow just unveiled a stunning new attraction at Zaabeel Park (Gate 6) – and you mightttt want to bring your jackets.

There are more than 3,000 tonnes of ice on showcase that bring temperatures down to a chilly minus 8°C (thermal jackets will be provided!) Sculptures you don’t want to miss include frozen landmarks like Burj Khalifa and the Deira Clock Tower, alongside camels, dinosaurs and more. It’s basically a child’s dream come true.

The glow-in-the-dark attraction will also feature a ‘happy forest’ and ‘underwater wonderland’ tailor-made for little ones. If that wasn’t enough to get your kids excited, don’t forget about the 100 animatronic dinosaurs on display – they’re epic.

The Ice Park has actually been set up to educate the public on the dangers of global warming. More than five tonnes of recycled materials were used to create the sculptures on showcase in addition to 10 million energy-saving LED lights.

Are you ready to cool off at Dubai’s most Insta-worthy destination this winter?