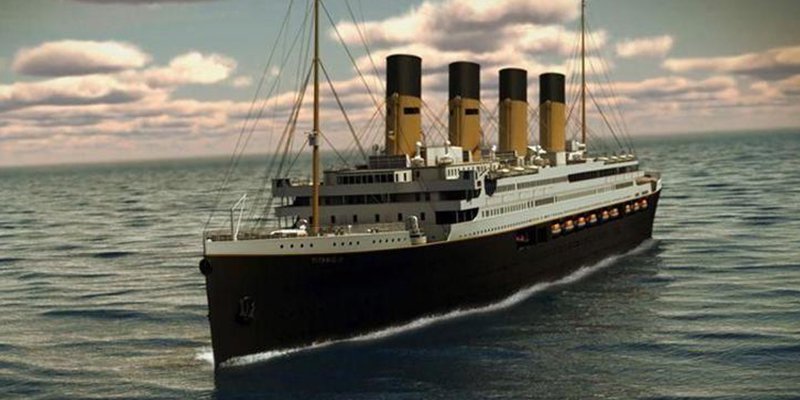 If you’re hearing “I’m the king of the world!” in your head right now, you’re probably not alone. That’s because there are plans for a replica of the RMS Titanic to set sail from Dubai on its maiden voyage in 2022. Here are the details..

A new Titanic Dubai voyage is happening in 2022

Appropriately named ‘Titanic II’, the ship will be owned and operated by Blue Star Line. The two-week maiden voyage will include a voyage to Dubai; afterwards, the ship will reignite its original planned route between Southampton and New York City.

The nearly-identical vessel is scheduled to launch in 2022 — exactly 110 years after the world’s most famous ship sank into the Atlantic after colliding with an iceberg.

Here’s a teaser of what’s coming…

The extraordinary $500-million project to recreate the Titanic was first announced in 2012 and has faced numerous delays. It is reportedly being built as a nearly identical replica of the original vessel, with modern safety features… understandably.

Passengers will be treated to the same dining menu as the original ship, and tickets will, of course, be divided into first, second and third class. The ship will be able to accommodate 2,400 passengers and 900 crew members.

previous7 Reasons Why Voice Messages Are the New Texting

nextDubai's 'Human Slingshot' is Opening on Friday — Get Ready to Fly!