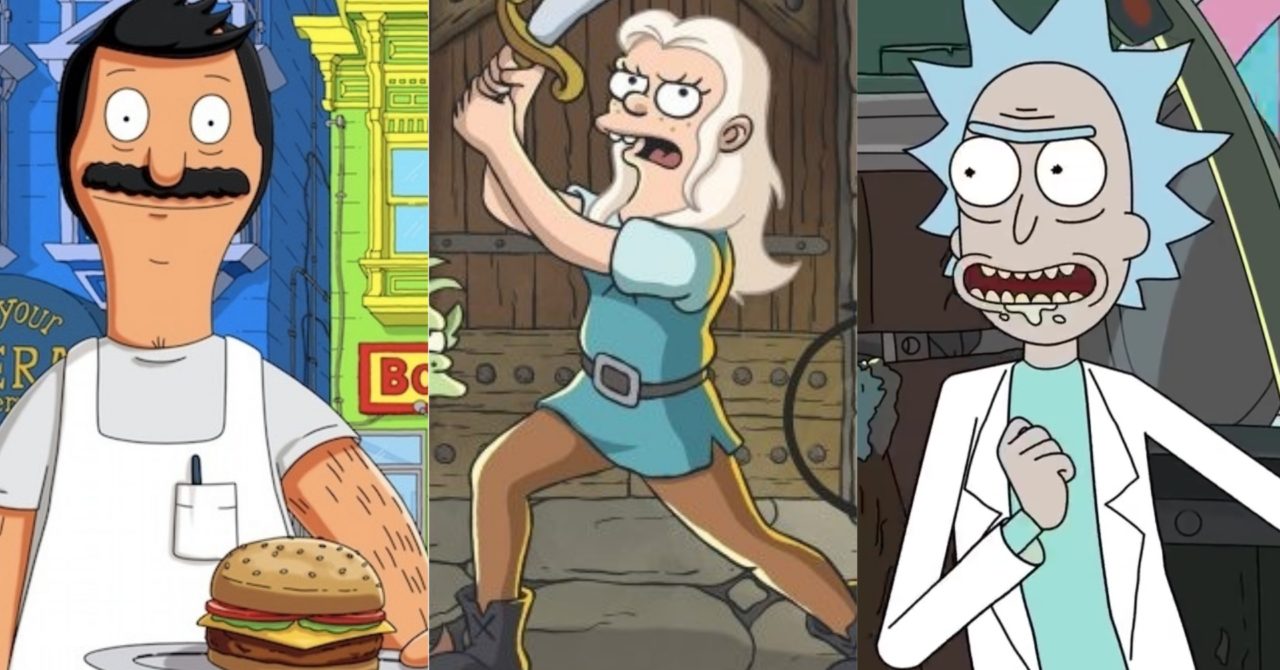 What are the best animated shows on TV right now? From Rick and Morty to BoJack Horseman, here’s a shortlist of 11 kickass animated comedies (in no particular order) that are worth your time…

What to expect: From the creator of The Simpsons and Futurama, we were fully prepared to be disappointed by Disenchantment, but this fantasy series set in medieval times is animated satire at its finest.
No. of seasons: 2

What to expect: Silly and ridiculous — often for no logical reason — Big Mouth dives into the perils of adolescence without the slightest hint of censoring its message.
No. of seasons: 3

What to expect: BoJack Horseman is everybody’s favorite celebrity horse. The series about a washed up Hollywood actor resonates with fans for its honest portrayal of fame, depression and mental health. Nothing like it has really been done before — at least not with this level of self-awareness.
Seasons: 5 (season 6 will be its final season)

What to expect: You’ll either love or hate Rick and Morty — there’s no in-between. Following the misadventures of a mad scientist and his anxiety-ridden grandson, it’s been called the most intelligent show on TV… something their online fandom will be quick to remind you of.
No. of seasons: 3

What to expect: Fans have something of a therapeutic relationship with Bob’s Burgers — it’s consistently amusing and lifts your spirits. The series has been compared to the early seasons of The Simpsons for its portrayal of working class life, and it’s just enjoyable to watch.
No. of seasons: 10

What to expect: One of the best animated comedy series on television, Archer is disturbing, hysterical, weird, inventive, ridiculous and hopelessly entertaining. It might take a few episodes to appreciate its distinct humor, but it’s well worth it.
No. of seasons: 10

What to expect: Despite a loyal fan following, critical praise and a powerhouse performance from Tiffany Haddish, Tuca & Bertie was canceled after a single season. It’s a disappointing loss but at least we’re left with 10 of the weirdest episodes on TV.
No. of seasons: 1

What to expect: Closing in on 300 episodes, South Park was revolutionary for its cutout animation style and unapologetic vulgarity. Cleverly poking fun at hot-button social and political issues, nothing is off limits. Does the series have the same bite as it did a decade ago? Probably not, but it’s still one of the greats.
No. of seasons: 23

What to expect: F Is for Family is a ’70s set comedy that takes a look at middle-class family life through the lens of the emotional abusive and hot-headed Frank Murphy. It’s not for everyone but it’s easily one of the more underrated shows out there.
No. of seasons: 3

What to expect: After 30 years of Homer’s endless hijinks, the glorious decline of The Simpsons was inevitable. As the gold standard for animation on TV, many agree that the series hit its peak in season 6 and began to nosedive after season 10. Go back to those earlier episodes if you’re ever feeling nostalgic… we still do.
No. of seasons: 31!

What to expect: Has Family Guy gotten less funny? Without a doubt, and that’s probably because creator Seth MacFarlane has been absent from the writers room while working on other projects. That said, it’s still one of our favorite series right now… Meg excluded.
No. of seasons: 17

READ MORE: The Best Shows on Netflix (You’re Not Watching)

previousWatch Out Netflix — the Streaming Wars Are Heating Up

nextAre You Watching the 'Breaking Bad' Movie this Weekend?