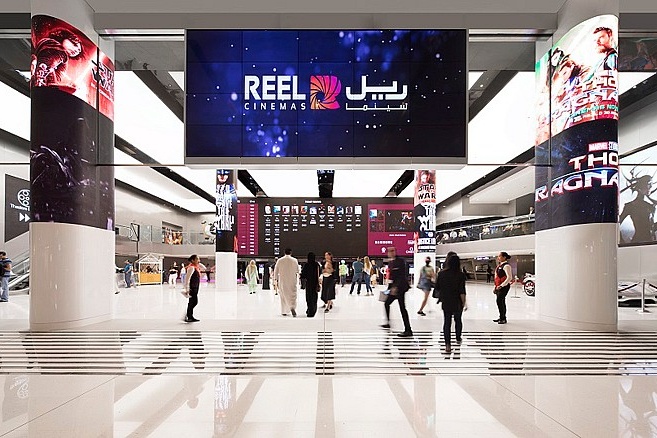 Pick a flick, grab some popcorn and settle in for movie night. Here’s a quick guide to the best films playing at cinemas in the UAE this weekend…

What’s on: Black Panther has already released in the US to rave reviews from both audiences and critics (not an easy accomplishment these days.) The new Marvel flick features an all-star cast including Chadwick Boseman, Michael B. Jordan, and Andy Serkis… it’s already on track to becoming the next big superhero franchise.

What’s on: Khal Drogo…erm we mean Jason Momoa, will star in the action-thriller Braven, a story that will take audiences on a suspenseful through through the snowy Canadian wilderness. We can’t wait to see Momoa back on the screen!

What’s on: In the epic finale to the Maze Runner saga, Thomas leads his group on their final and most dangerous mission yet, as they hunt down a cure for a deadly disease that’s ravaged mankind.

What’s on: From Clint Eastwood comes The 15:17 to Paris, which tells the real-life story of three men whose brave act turned them into heroes during a high-speed railway ride.

What’s on: Winchester is a must-watch for horror film lovers. Inspired by true events, the film tells the story of “the most haunted house in the world” just outside of San Francisco.

READ MORE: 7 New Netflix Shows You Should be Watching in 2018

previous'Ghost the Musical' is Coming to the Dubai Opera