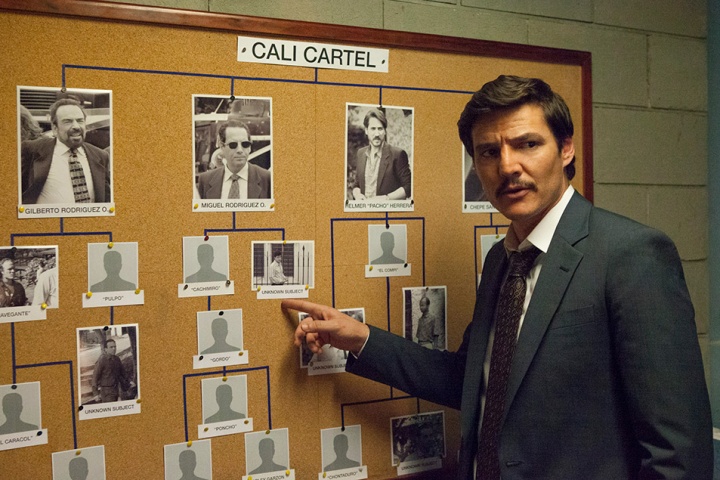 Check out these shows on Netflix that are an absolute must-see. From Narcos and Sense 8 to Cosmos: A Space Time Odyssey, these TV shows on Netflix are definitely worth watching. Warning: you may lose sleep after reading this due to severe binge-watching!

A young boy, Sam, on the Autism Spectrum decides it’s time to find a girlfriend. Sam’s journey sets his mom on her own life changing path as she learns to let go.

From Frankenstein’s monster to Dracula, all our favorite and terrifying “fictional” characters come to life when an Explorer, a gunslinger, a scientist and medium unite to combat supernatural threats in Victorian London.

After the demise of Pablo Escobar, the Colombian cocaine trade shifts to the ruthless savagery of the Cali Cartel.

A notorious gang in 1919 Birmingham are led by their fierce boss Tommy Shelby, who means to move up in the world no matter the cost.

The adventures of an optimistic young orphaned girl living in the late 19th century.

A cop battles her own personal demons as she tries to get inside the mind of a serial killer posing as a family man.

John River is a man haunted by the murder victims whose cases he must lay to rest.

Ray Donovan is a professional “fixer” for the rich and famous in LA and can make anyone’s problems disappear except those created by his own family.

A group of people from around the world are linked together mentally and fight to survive being hunted by those who see them as a threat to the world’s order.

previousStill Scared of 'IT'? The Horror Film Remake is Almost Here

nextWIN: We're Giving Away 7 Pairs of Tickets to the Movie Premiere of Kingsman...