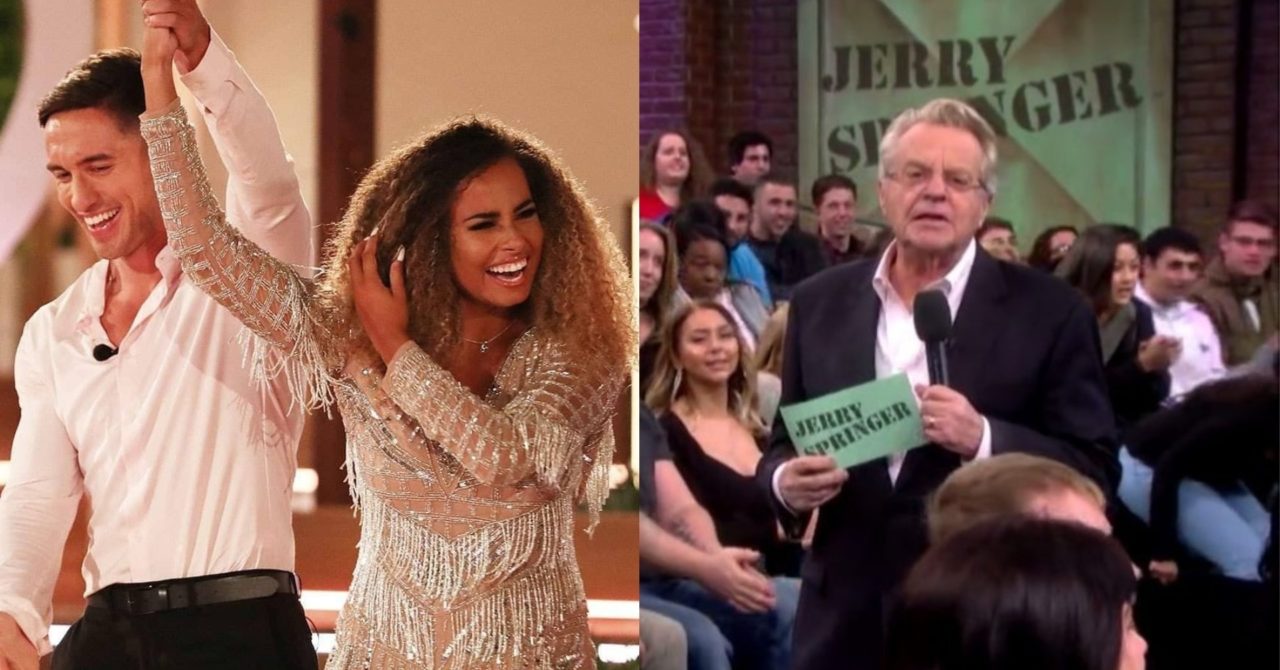 Not all reality TV sucks… but most border on shameless. The controversy, drama, shock value — these are a proven formula for notoriety. We are a generation addicted to trash television and we feel zero guilt for it.

So-called trash TV is not a new phenomenon. Over the last two decades we’ve been tuning in to the likes of Jerry Springer, Jersey Shore, The Bachelor, 16 and Pregnant, Keeping Up With the Kardashians and The Real Housewives. We’re voyeurs and the lives of the rich, beautiful and emotionally unstable provide us with the ultimate form of escapism.

Just take a look at British series Love Island, poignantly dubbed ‘the Holy Grail of Trash TV‘. The show is a cultural force that can’t be ignored. A cross-demographic phenomenon, it’s the UK’s most popular show that has now spawned an American version.

Here’s a simple definition of trash TV: A genre of television talk show with little educational content and a focus on controversy and confrontation. These aren’t shows that require investment and analysis from us — they’re drama in a fishbowl.

From our fascination with “rich-people problems” to the promiscuity and bizarre drama unfolding in real-time, it’s unscripted TV that doesn’t rely on good writing or high production value to keep us glued.

Television for the masses

Forget about the infamous tape; Paris Hilton’s career actually catapulted to fame off the back of The Simple Life, a show that followed her and best friend Nicole Richie across rural America. It was a classic ‘fish out of water’ story that kicked off a renaissance in trash TV. But before her, there was the ‘Jerry Springer effect’.

The shameless television personality of what is perhaps the most universally known reality show of all time was ingenious and calculating. He knew what the public wanted, and he catered to them unapologetically.

Is there value in disconnecting from our day-to-day lives and diving into not-so-real reality TV? Content that often showcases our most barefaced and audacious behaviors? Who knows — just don’t ask the Kardashians for their opinion.

previousThe Best Shows on Netflix (You're Not Watching)

next6 of the Most Exciting Movies Still Releasing in 2019