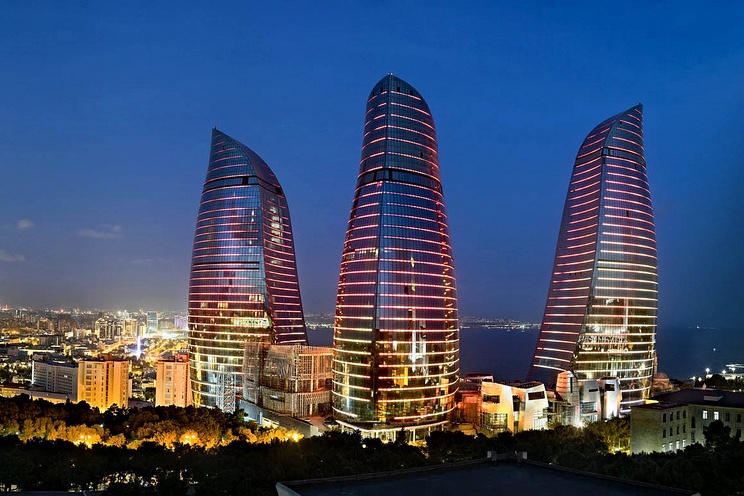 Thanks to incredibly short (and convenient) flight timings, plus visa-free travel for UAE citizens, you can actually hop on a plane to Baku early Friday morning and be back in Dubai on Saturday night. In the time that you’re there, you can have a Prosecco breakfast (if that’s your thing), visit a UNESCO listed Old City, ride a Funicular to the top of Baku, walk along the Caspian coastline and eat your way around the city. Still need convincing? Here’s why people are flying to Baku city in Azerbaijan… 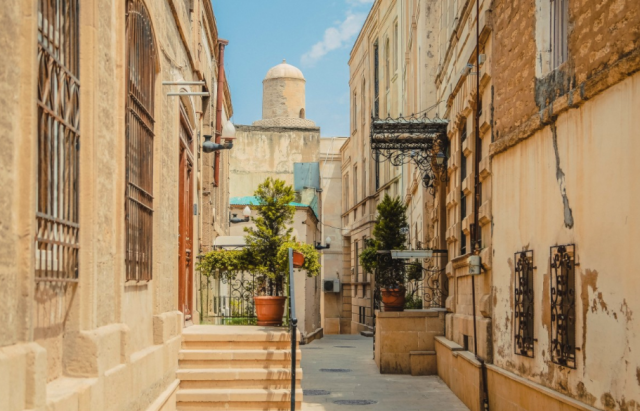 The Walled City of Baku is one of the Capital’s major draws. This UNESCO listed Old City is the historical core of Baku and it has preserved much of its 12th-century character, so you can wonder through the cobbled streets and alleyways that are steeped in history and culture. The view from the top of Maiden Tower gives you panoramic views of the Old City and the Baku Boulevard. 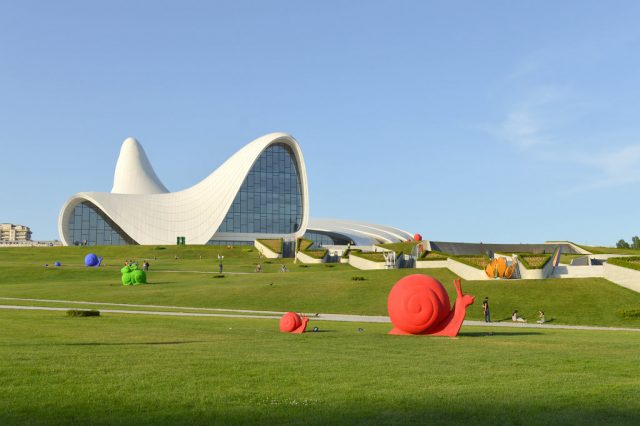 As well as preserving the past, this is a city that is at the forefront of architectural design – which may surprise many people. For those who prefer the modern over the medieval, Baku’s Heydar Aliyev Center boasts a distinct design and has become a symbol of modernity and innovation. Designed by award-winning Zaha Hadid, the center is a work of art in itself. The Heydar Aliyev aiport terminal will also impress those with an eye for design with its wooden cocoon cafés and external glass concaves.

Baku’s iconic trio of buildings, known as the Flame Towers, definitely steal the show when it comes to the city’s skyline. The design of three buildings represent flickering flames, and this can especially be seen at night when they light up. You can catch a funicular and ride from the bottom of Baku to the top for a view of the city and a visit to the towers. We recommend a stop-off at Fairmont Baku in the Flame Towers complex: grab a breakfast with a glass of bubbly. The Baku City Circuit is also popular for the F1, so if that’s your thing, the race weekend this year is April 27th to 29th!

4. Seafront strolls along the Bay of Baku 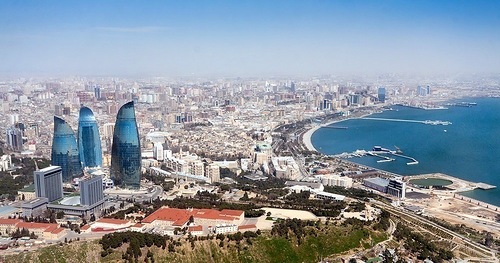 The Bay of Baku is a wide curving coastline that is awesome for leisurely strolls and relaxing stop-offs for those who like to make the most of the outdoors. You can walk along the waterfront, check out the Baku Eye ferris wheel and take a look around the Park Bulvar Mall. If you’re looking for a hotel that is located near the Bay of Baku, then the Intourist Hotel Baku is just 200m from the Caspian Sea shoreline, and it has a lovely outdoor terrace bar that’s ideal for sundowners. 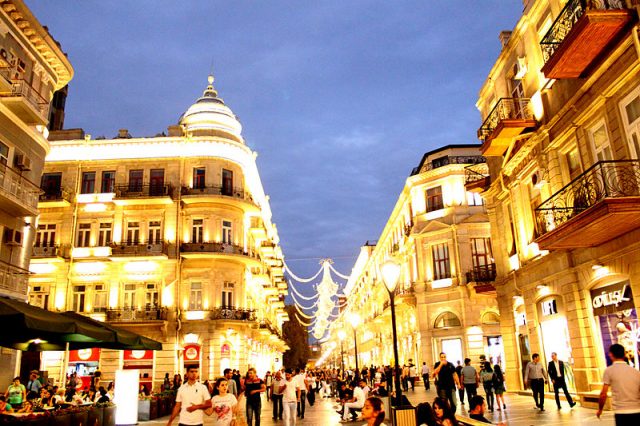 One of the city’s most famous shopping avenues, Nizami Street is buzzing with life. Taking a walk along the pedestrianised street will remind you of Paris; you’ll be walking among baroque, renaissance and Neo-gothic buildings that are home to high-end stores, stylish restaurants and hotels. Why not plan a little overseas shopping trip for the weekend? 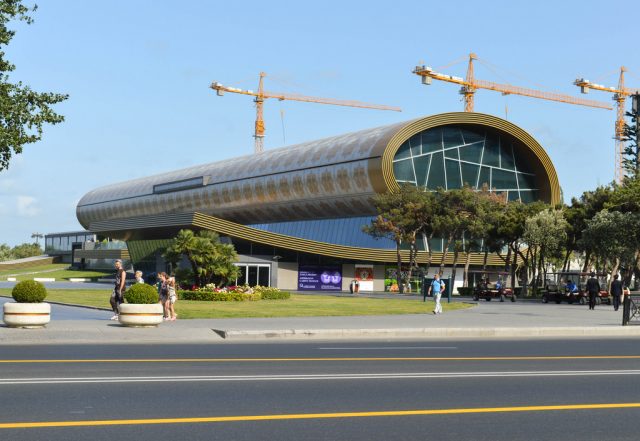 Azerbaijan is famous for weaved carpets and rugs. Handwoven carpets are considered a national treasure and the city has a dedicated Museum to celebrate the carpet culture. While some may find this extremely fascinating, we were a little underwhelmed by the museum. For us, it was the carpet roll design of the building that captured our attention… yet another architectural win for the city! 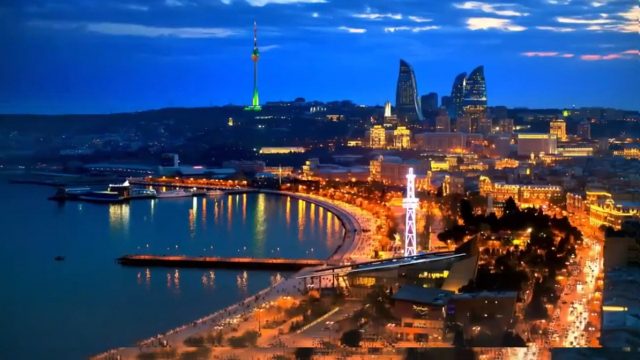 Baku offers a slice of Europe with a sprinkle of Dubai glitz and glam. From century-old traditions to modern-day design, there’s a little bit of everything wrapped up in an extremely pleasant seaside climate. Don’t forget to sample the Azeri food, wine and the famous black tea while you’re wandering the city streets!

Check out our Travel category for even more inspiration on city breaks, beach getaways and UAE staycations!

previousWe Escaped to This Ocean-View Villa for 24 Hours!

nextWIN! Over 250 FREE Stays at the New Atlantis Fan Suite!