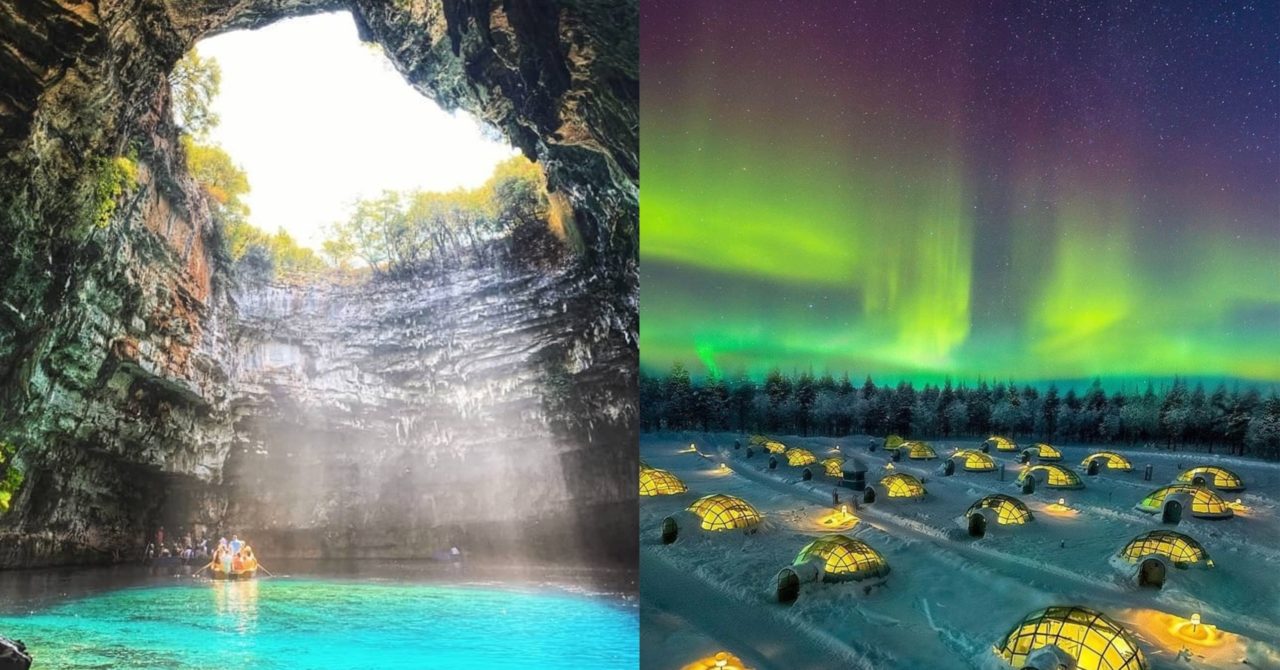 What’s on your European bucket list? To inspire your next getaway we’re spotlighting some of the best things to do in Europe, from popular attractions to hidden gems you shouldn’t miss. Here they are (in alphabetical order because we’re geeks like that)…

The sleepy Austrian hamlet of Hallstatt is what postcards aspire to be. With mountains dipping into crystal waters and no shortage of colorful 16th-century Alpine houses dotting the landscape, it looks like it’s been plucked straight from a fairytale.

Known as the “Venice of Belgium,” the cobblestone pathways of Bruges will lead you through one of Europe’s most picturesque medieval towns.

Take a dip in the magnificent waterfalls at Krka National Park to enjoy some of Croatia’s best natural landscapes.

At each end of the Charles Bridge is a tower you can climb for a view of Prague and the stone gothic bridge from above.

Spend a night in a cozy glass igloo at the Kakslauttanen Arctic Resort in Finland and sleep under the Northern Lights.

The rising and falling of tides around the fortified island of Mont Saint Michel in Normandy make it a trek worth remembering.

Be a true Bavarian for the day and a knock back a few pints at a traditional beer hall in Munich.

The waters in the sunken lake at Melissani Cave might be the clearest in the world. When the sun enters from overhead, the entire cavern fills with turquoise-blue light.

Escape to planet Iceland and soak in the legendary Blue Lagoon geothermal spa.

Hike along the edge of Ireland’s dramatic and majestic Cliffs of Moher, stretching 8km along the Atlantic coast.

As one of the Seven Wonders of the World, the Roman Colosseum gives you a chance to stand where gladiators once competed in front of 50,000 spectators.

Explore the Amsterdam canals by foot or bicycle and get lost in its labyrinth of waterways — every turn reveals a fascinating story about the Dutch city.

The trail to Trolltunga, situated at 1,180 meters, makes for one of the world’s most scenic nature hikes.

Go for a port wine tasting in its namesake city of Porto (or in the Douro Valley where port is produced) —  there are countless wine cellar tours that give you a history of one of Portugal’s most symbolic exports.

Considered to be one of the world’s best road trips, take the Transfăgărășan Highway to the infamous Bran Castle – better known as Dracula’s Castle.

Take a canoe across Lake Bled in Slovenia and visit its island castle on a hill.

The 13th century Alhambra overlooking the Andalusian city of Granada is the epitome of splendor. If you love architecture and history, these palace walls have some incredible stories to tell.

Spending a night at the world-famous Ice Hotel in the Swedish village of Jukkasjärvi – 200 km north of the Arctic Circle — is guaranteed to be magical.

Few train journeys can compete with the beauty on showcase on the Glacier Express — a famed train route that cuts across Switzerland’s most scenic landscapes.

The enormous 6th century Hagia Sophia — once the world’s largest building — can only be truly appreciated when standing beneath its iconic dome.

SEE MORE… 10 Travel Hacks That Will Help Save You Money

previous7 Crazy Things You Can Only Find In Japan

next7 Big Travel Mistakes — and How to Avoid Them