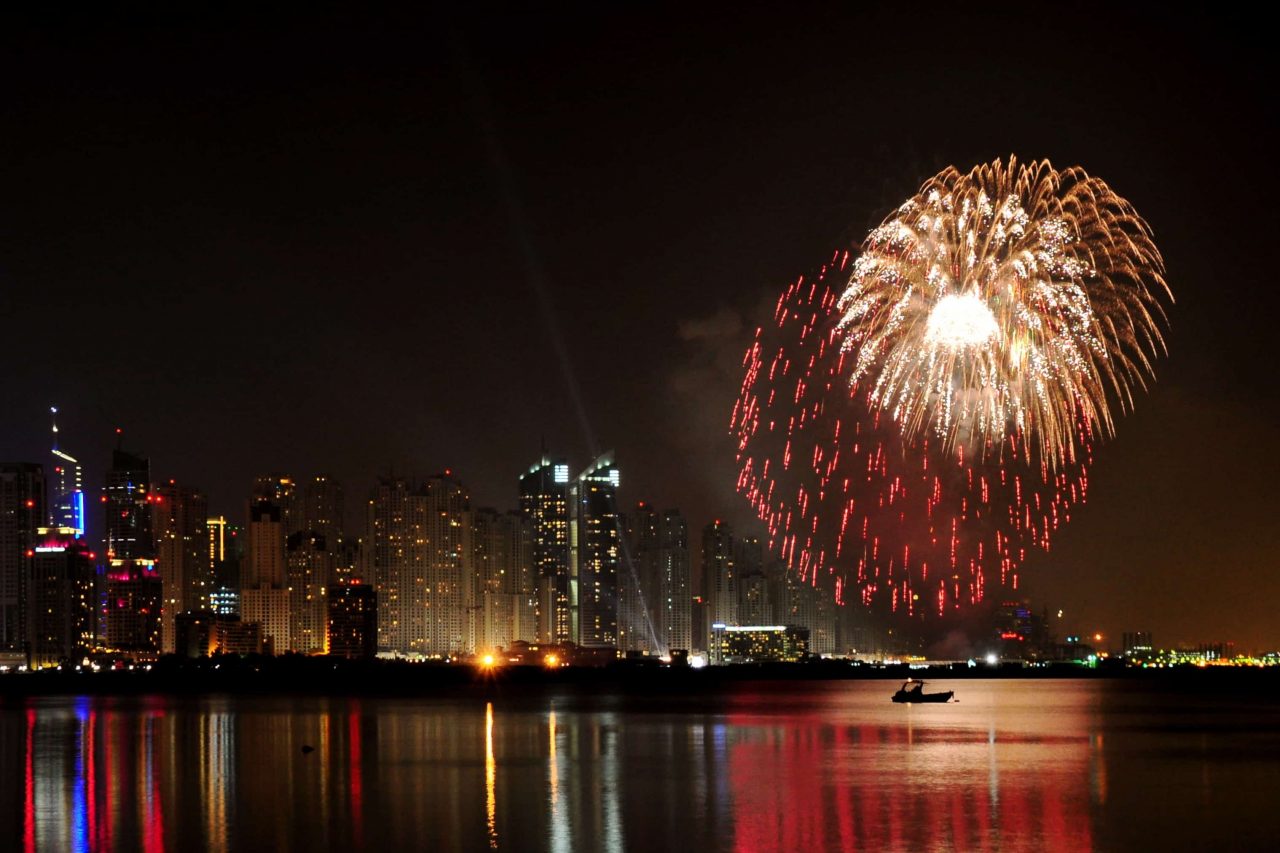 Watching the fireworks at The Beach JBR is a New Year’s Eve tradition for many… but festivities are proving to be atypical this year. Here’s what we know so far….

It has been announced that there will be no fireworks on December 31 at the following locations: The Beach JBR, La Mer in Jumeirah, and Al Seef at Dubai Creek. As you’ve probably heard, Burj Khalifa will also scrap its iconic fireworks display for a light show that will attempt to break a Guinness World Record (though we’re still unsure what’s being planned exactly.)

So, what are your options? Luckily, you’ll still find NYE fireworks planned for Atlantis the Palm and Club Vista Mare on Palm Jumeirah; while City Walk will be hosting a special concert for guests. Don’t forget: the Dubai Shopping Festival launches on December 26, so you can still catch plenty of dazzling fireworks throughout January.

We’ll keep you updated as more new comes in…

previousDubai Duty Free is Having a Flash Sale This Week

nextShopping Malls in Dubai Offering up to 90% Discounts Next Week