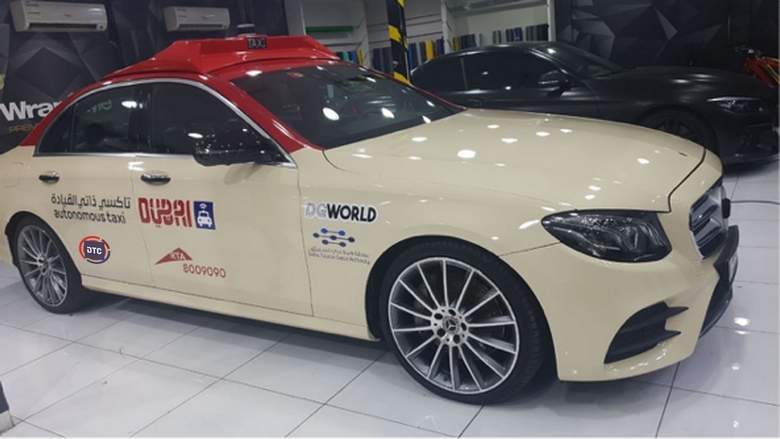 It’s time we all started getting more comfortable with autonomous vehicles because driverless taxis are hitting the roads of Dubai this week. Here are the details…

WATCH: Self-driving taxis are being trialled in Dubai

The RTA announced during GITEX 2018 this week that self-driving taxis are now being tested on dedicated routes in Dubai Silicon Oasis. The autonomous cars are equipped with cameras and sensors that fully view traffic and road conditions, control the vehicle and avoid collision — which all sounds pretty exciting.

The driverless taxi initiative is part of a major government strategy that aims to transform 25% of the total transportation in Dubai to autonomous mode by 2030.

The future of transport is shaping up

There’s been a huge push around the world in recent years towards developing more advanced transport methods. The Dubai-Abu Dhabi Hyperloop that’s been proposed will supposedly allow passengers to commute between the two emirates in just 12 minutes at speeds of 700mph.

Here’s a glimpse of what the Hyperloop may look like…

.@Seeker: A look at the first pod prototype for #Dubai’s proposed 700mph Hyperloop. Travel time from Dubai to Abu Dhabi would take just 12 minutes, compared to an hour & a half otherwise. That would save an estimated $800 million in lost working hours. pic.twitter.com/itk8v0Fhay

READ MORE: The Epic Burj Khalifa Fireworks are Back this New Year’s Eve

nextRobots Will Soon be Inspecting Your Car at Dubai Petrol Stations