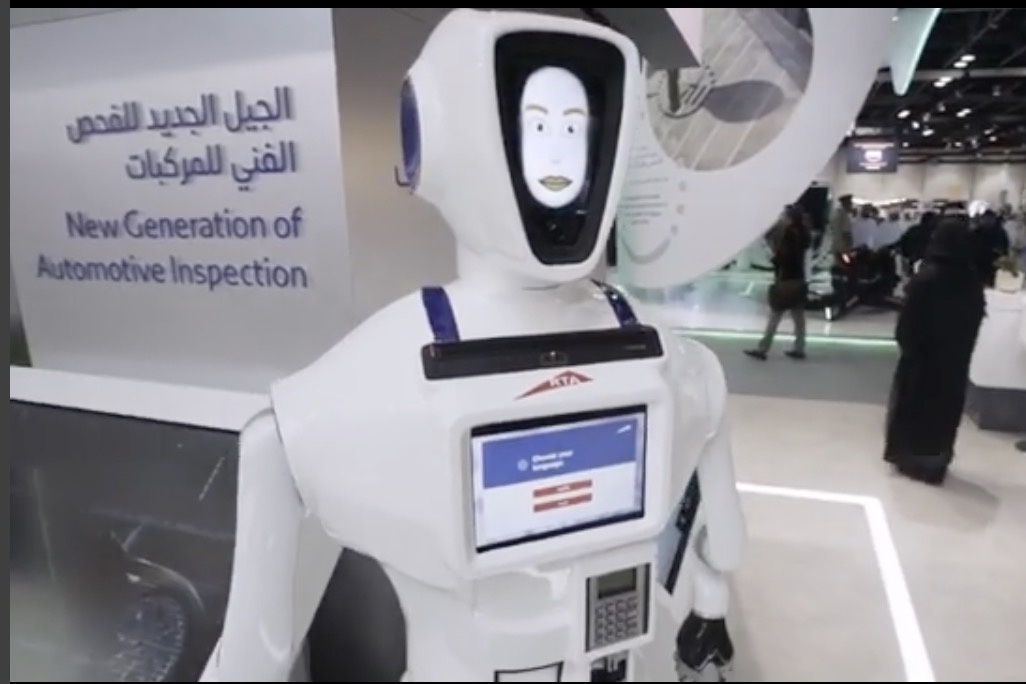 Next time you’re worried about your car breaking down, head to the nearest petrol station where a robot will be on hand to assist you. That’s according to a new RTA initiative revealed at Gitex Dubai 2018 this week. Here are the details…

A new RTA pilot phase in the works will have robots performing vehicle inspections at petrol stations across Dubai. The virtual assistant, known as Mehboob, will be able to connect to your vehicle through a smart dongle cable and detect faults in a few simple steps.

The future of Dubai is taking shape at Gitex 2018

Part of a series of smart initiatives that have been announced during Gitex 2018, the government is also currently testing driverless taxis on dedicated routes in Dubai Silicon Oasis. The autonomous cars are equipped with cameras and sensors that fully view traffic and road conditions, control the vehicle and avoid collision. Check it out in the clip below…

previousSelf-Driving Taxis Are Being Tested in Dubai Right Now