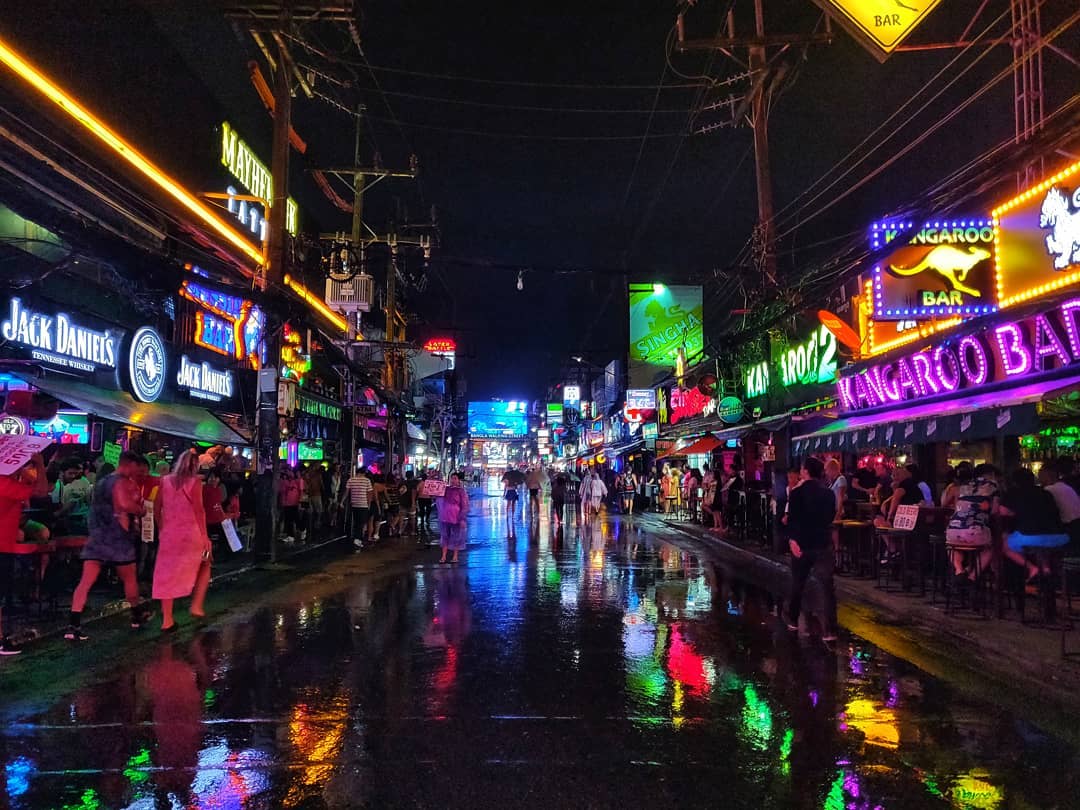 Phuket is a magical island that encapsulates all the things that make a visit to Thailand so special. While over tourism has no doubt been a growing issues in recent years, Thailand’s biggest island still boasts breathtaking beaches, elephant sanctuaries, cave adventures and a hedonistic nightlife scene that must be experienced at least once. Here’s a shortlist of 11 things not to miss…

1. The Great Buddha of Phuket

For the best 360-degree views of the island, head to the top of the Nakkerd Hills to marvel at the Great Buddha of Phuket — layered with Burmese white jade marble. As a religious site, it’s considered disrespectful to arrive in beachwear so be sure to dress conservatively.

The 19th century Wat Chalong temple complex is the largest and most revered Buddhist temple in Phuket. Housing a sacred relic of Buddha, the 60-meter high temple is built across three floors with spectacular views of the grounds awaiting visitors from the top terrace.

The Weekend Night Market, known locally as the Naka Market, is the largest on the island. Divided into two sections – shopping and food – you’ll find everything from clothing to must-try street snacks.

Located on the north side of Phuket Town, Khao Rang is a popular hangout for views overlooking Chalong Bay. You’ll also find a handful of restaurants and cafes along the road leading up to the 180-degree viewpoint. 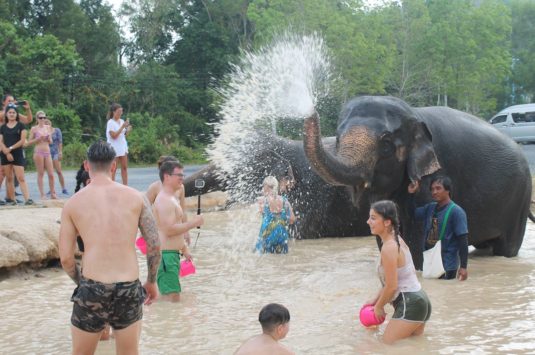 The Green – Elephant Sanctuary Park Phuket give abused elephants a second chance at life. The park is located near Surin Beach in the middle of the jungle. While you’ll get an opportunity to feed and bath the elephants that call this space home, riding them is strictly forbidden.

Bang Pae Waterfall at Khao Phra Thaeo National Park, northeast of Phuket Town, provides you with a dream hike in a protected virgin jungle. While the 16-meter cascade is less dramatic than other famous waterfalls, it’s a great chance to cool off and appreciate the island’s natural landscape.

Toh Sae Hill, better known as Monkey Hill, is home to a 400-strong troupe of macaques who love nothing more than accepting fruit offerings from passersby. If you’re a wildlife lover, it’s a nice spot to get up-close with these clever (and cheeky) animals.

So many people refer to Phang Nga Bay as “the place where James Bond was filmed” that it’s become a lifelong and permanent association. That said, it still remains one of Thailand’s most breathtaking secnic areas and the perfect place for diving, kayaking, cave exploring and island hopping.

READ MORE: 7 ‘Second Cities’ You Should Visit Rather Than Their Capitals

previous7 'Second Cities' You Should Visit Rather Than Their Capitals

next7 of the World's Most Unique Airbnbs