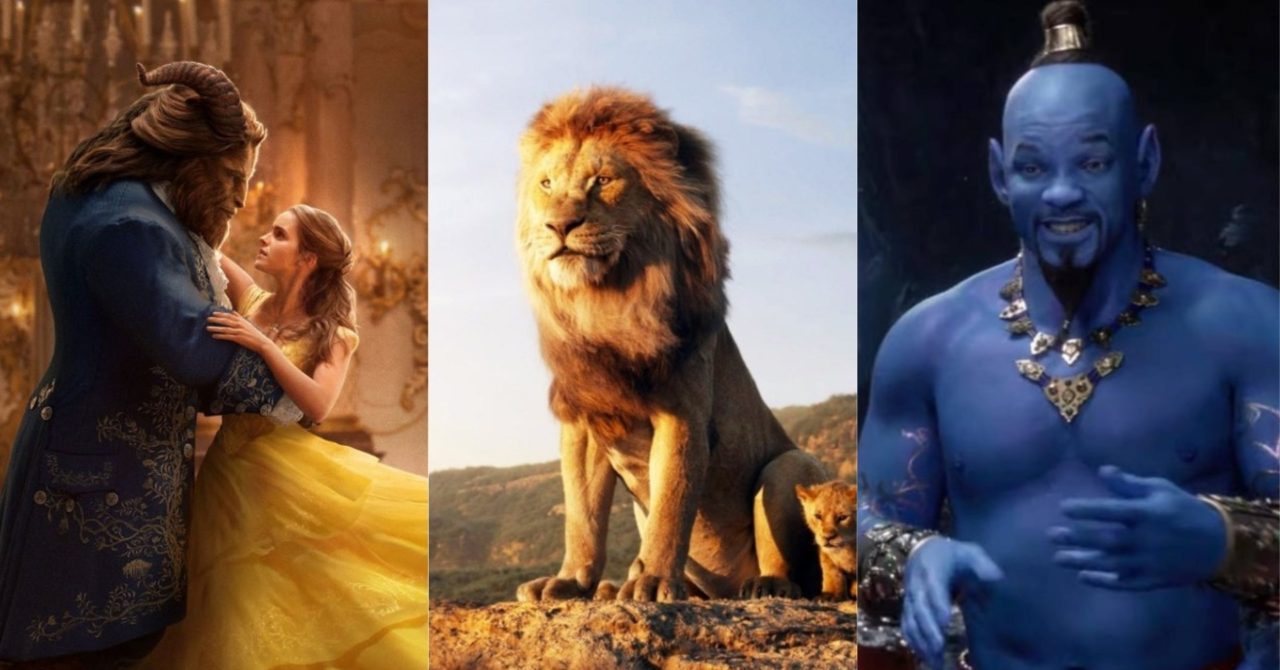 It didn’t matter that critics laid their teeth into The Lion King remake — audiences would not be denied a return to their childhoods, and more importantly, the chance to share a piece of it with their own children. Disney is on a streak with a slew of money-making live-action remakes that have recaptured the public’s imagination… but will our nostalgia follow?

Alice in Wonderland, Cinderella, The Jungle Book, Beauty and the Beast, Christopher Robin, Dumbo, Aladdin, The Lion King — this is only the beginning. So what’s the driving force behind these new live-action releases?

It’s simple: remaking Disney classics is like a money-printing machine. The latest Lion King collected $1 billion at the box office in 19 days, surpassing the animated original. Even more impressive, it’s the 4th Disney movie to hit the coveted billion-dollar benchmark this year alone.

Live-action projects currently in the works include (take a deep breath): Lady and the Tramp, Mulan, Cruella, The Sword in the Stone, The Little Mermaid, The Hunchback of Notre Dame, Lilo & Stitch, Pinocchio, Snow White and the Seven Dwarfs and more. Nothing in Disney’s storied catalogue is off-limits.

Is nostalgia fatigue on the horizon?

There’s nothing inherently wrong with Disney cashing in on repurposing many of their most beloved classics — the box office numbers speak for themselves. These are movies that we want to see… again. But the bigger problem with rehashing out old classics is that Disney will most likely focus less on original content. Why take a gamble on something new when there’s already a built-in audience for content people already love and relate to?

One of the biggest casualties of Disney’s live-action strategy is that we’ll probably be seeing less animated movies on cinema screens. There will still be monster hits like Frozen II in the pipeline, but the desire (and curiosity) to see our favorite animated characters come to life is far too tempting at this point.

When press images of the Aladdin cast surfaced on magazine covers before the film’s release, there was a massive public outcry regarding the (very un-blue) Genie, played by Will Smith. This demand to ensure that these live-action remakes stay true to the beloved originals presents a strange predicament for filmmakers: should these remakes be a scene-by-scene recreation (which is what bothered most critics about The Lion King)… or something more that adds to the original?

Whether you’re a fan of the remakes or prefer that the classics be left alone, it’s going to be years before Disney runs out of material to repurpose. Eventually though, that day will inevitably come. Will they be able to dazzle us all over again with something original?

WATCH: So You Think You’re a ‘Friends’ Expert? Time To Find Out…