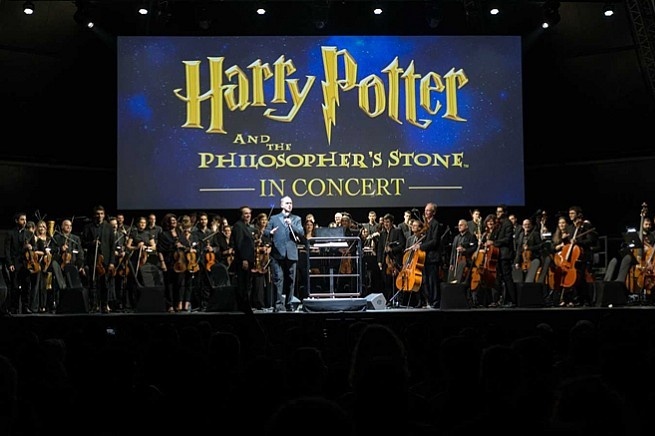 Want to know which performances are coming to Dubai Opera in December? Here’s a quick guide on what to expect, starting with…

1. The music of Bryn Terfel

Renowned Welsh bass-baritone Sir Bryn Terfel has won a Grammy, Classical Brit and Gramophone Award during his career… and now he’s playing Dubai Opera. Ready to experience one of the world’s most celebrated voices?

We literally can’t wait for this one! Experience a symphony orchestra performing music to the entire film Harry Potter and the Philosopher’s Stone. Relive the magic on a 40-foot screen while hearing the Czech National Symphony Orchestra perform John Williams’ score.

4. An evening with Dame Joan Collins

Hollywood icon Dame Joan will grace the Dubai Opera stage in her new show as she reveals some of the exciting stories and secrets from her long career. Expect an intimate conversation with the living legend (including a Q&A session with the audience!)

Get ready to sing along at the Jingle Bell Favourites concert… which we think is perfect for family festive time. Featuring all your favourite Christmas classics performed by London Concert Orchestra Show Band, Capital Voices and West End soloists, it’s one not to miss.

Legendary composer Omar Khairat will be accompanied by his incredible orchestra as he takes the stage at Dubai Opera. One of the most applauded composers and pianists in the Middle East, Khairat’s highly-anticipated performance is guaranteed to leave you breathless.

previousFinally! Amazon Is Making a New 'Lord of the Rings' TV Series...

next6 Cool Netflix Shows to Binge-Watch in 2018