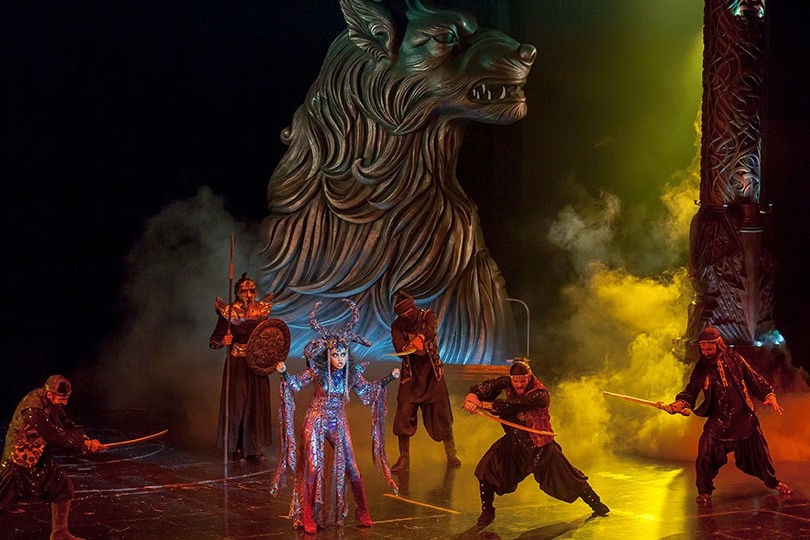 Need a bit of drama in your life? Whether you’re into Shakespearean classics, hilarious stand-up sets or jaw-dropping acrobatics, you won’t want to miss out on these spectacular live shows in Dubai this October!

The one that everybody has been going nuts about..! La Perle by Dragone is one of the coolest live shows in Dubai right now. Performed live by a cast of 64 world-class artists, this gravity-defying show features everything from acting to acrobatic, aerial and aquatic stunts. Inspired by Dubai’s past, present and (predicted?) future, La Perle by Dragone will leave you in awe.

Price: Starting from around AED 400 per person

2. Educating Rita at The Courtyard Playhouse

Back after a sell-out show, the Dubai Drama Group now brings us Educating Rita – a heartwarming tale of self-discovery and companionship across the class divide. The story follows a young hairdresser who forms an unlikely friendship with her university tutor, as she seeks to reinvent herself and escape the confinements of her working-class life.

3. Julius Caesar at The Junction

Like Shakespeare? You’re going to love this! The classic Shakespeare drama Julius Caesar will be performed live at The Junction, directed by and starring Arjun Burman. Based in 2017, Julius Caesar is about to become King after his victory over Pompey. However, many are afraid of the dangers that may arise and plot to take Caesar down. But, will his honourable best friend Brutus follow?

If singing and dancing is your thing, you have to check out this epic Bollywood musical! The 2-hour Broadway-style show tells the tale of two brothers, Jaan and Jigar, as they get pulled into a battle between good and evil. Get your dancing shoes on, and come along to immerse yourself in a world filled with magic, music, dance, colour and a whole lot of drama!

Price: From AED 95 per person

Like stand-up? What about game nights? Well, you are going to LOVE this comedy game show at Lucky Voice! Hosted by the hilarious Mina Liccione, expect a night of improv comedy, mashed up with TV game show segments, audience participation, jokes and prizes.

When: Monday 16th October from 8pm

Amazing Dubai tells the story of Dubai’s incredible history through the eyes of an Emirati family who has lived to see it all. From the time of pearl divers and Bedouins, up to Dubai becoming one of the most modern and cosmopolitan cities on earth, this 1-hour musical will show audiences the struggles our city has faced, and its determination to triumph.

Here’s a good one to check out, if you speak le Francais… Un Air De Famille is a French comedy drama, which shines light on issues that many families encounter, but in a light manner. While celebrating the birthday of their stepdaughter, everything goes haywire when everyone (including the waiter) begins to settle old scores.

Location: DUCTAC, Mall of the Emirates