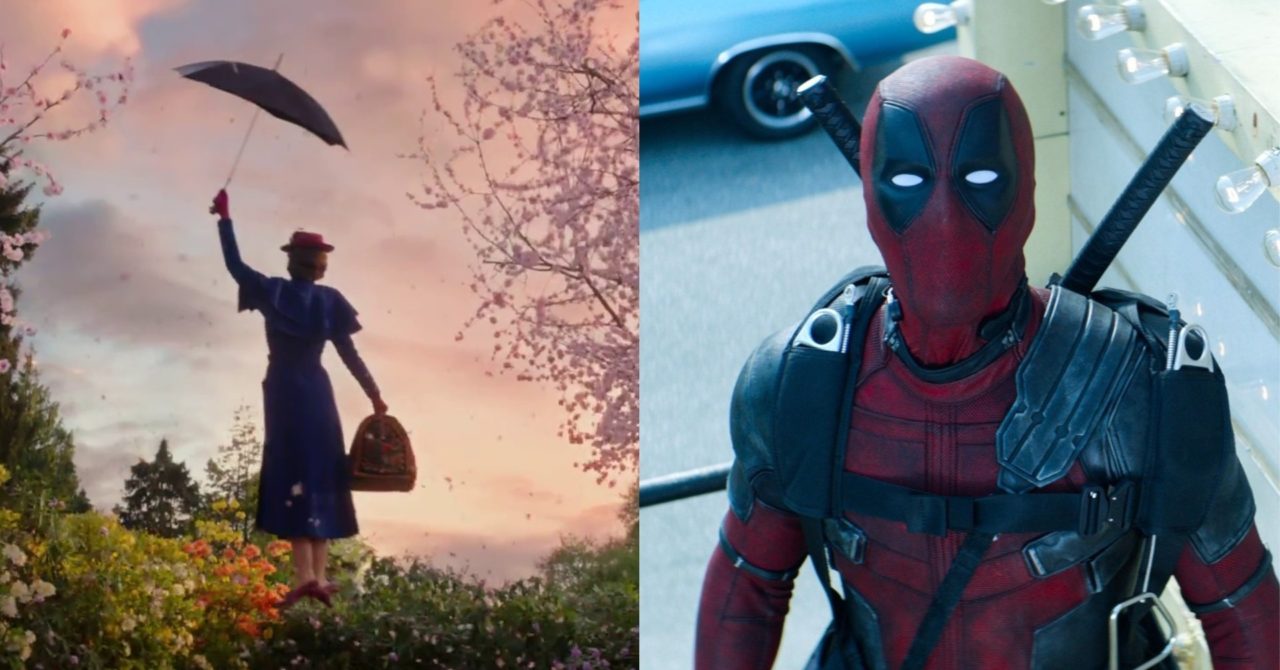 Looking for new movies in cinemas this weekend? Here are the 5 latest films dropping in UAE cinemas on December 27. Grab some popcorn and check them out!

Ready for another spoonful of sugar? One of the year’s most anticipated films, Mary Poppins Returns is a sequel to the 1964 Disney classic. We’re not sure if it can retain the same magic that made the original so iconic, but it looks like Emily Blunt is having a lot of fun with that umbrella…

2. Once Upon a Deadpool

A Deadpool Christmas movie… let that sink in for a moment. Once Upon a Deadpool is actually a toned down version of Deadpool 2, which is their way of making it more family-friendly during the festive season without the violence and bad language. Sooo… maybe take the kids down for this one?

John Travolta is back at it… as a speedboat racer? Speed Kills is about a wealthy speedboat champion whose secret life as a drug trafficker has a whole bunch of people gunning for him. It’s based on a true story… if that helps.

Sci-fi movie lovers, this one’s definitely for you. Cold Skin is a sci-fi horror film based on the 2002 novel of the same name. Whether it hits the mark comes down to your fear quotient, but it has received a decent amount of positive reviews (even if its blue-skinned star freaks us out a bit.)

If you’ve missed Nicolas Cage (and his beard) on the screen, you may want to give Between Worlds a try. This supernatural thriller follows a man haunted by the memory of his loved ones… with plenty of psychological mind games thrown into the mix.

nextQUIZ: How Often Do You Netflix?! Let’s Find Out...