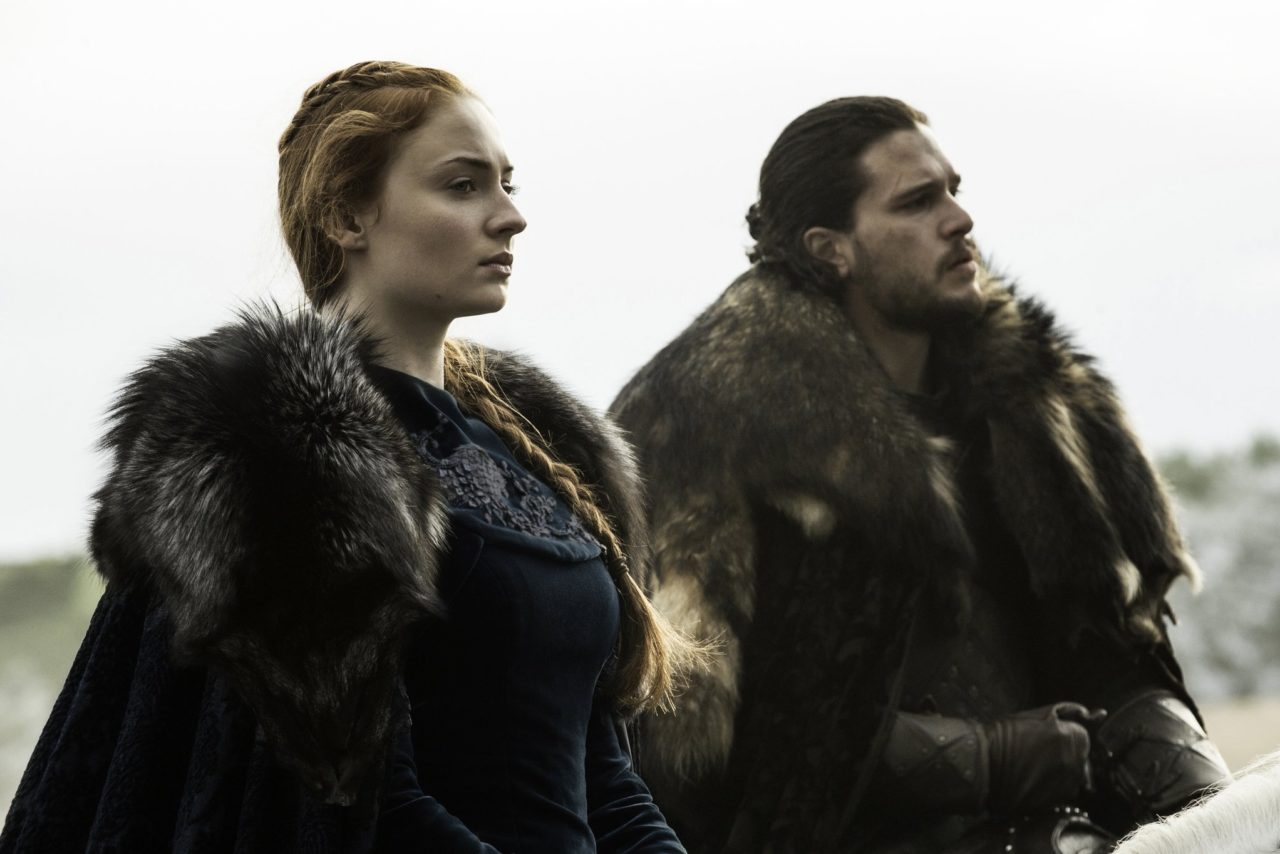 The first real actual footage from Game of Thrones Season 8 has just been unveiled—and it’s only like 3 seconds long… but that’s okay! Because diehard fans are already obsessively deconstructing its meaning, and we must admit—it’s highly entertaining. Check out the clip below…

In a promo for HBO’s upcoming line-up of shows in 2019, new footage of Jon Snow and Sansa embraced in a high-drama hug can be seen. Watch it at the 1:10 mark…

The HBO trailer obviously features clips from Game of Thrones’ previous season, but also snuck in a glimpse of the final season featuring Jon Snow (Kit Harington) and Sansa Stark (Sophie Turner) in a tense embrace. Here’s another glimpse of the brief clip…

So what’s happening here? Eagle-eyed fans have been pouring over the 3-second clip that purportedly shows Jon reuniting with Sansa at Winterfell in the final season. Questions that have popped up include:

Game of Thrones fans were quick to chime in…

Me: *tries to decipher the whole S08 plot out of the three second clip*

So when is the Season 8 premiere date?

GoT fans have been left in the dark as to when the final six episodes of Game of Thrones will air — now we have a better idea of its long-awaited return. According to Entertainment Weekly, Season 8 will begin airing in the first half of 2019. Given that previous GoT seasons have traditionally aired in March or April, it’s a good indication of when to expect it back on our screens.

What about the Game of Thrones prequel?

If you thought the GoT saga was coming to a close, get ready to dive back in time because a prequel is already in the works. Set 10,000 years before the current events in Game of Thrones, the prequel may shed light on the origin stories of our favorite dueling families.

Here’s the official HBO synopsis of the untitled prequel series:
“The series chronicles the world’s descent from the golden Age of Heroes into its darkest hour. And only one thing is for sure: From the horrifying secrets of Westeros’ history to the true origin of the white walkers, the mysteries of the East, to the Starks of legend… it’s not the story we think we know.”

HBO has confirmed that no prequel will air until a year after the GoT series finale. That means the soonest we can expect the prequel series will be in 2020. Excited yet?!

READ MORE: 56 of the Best Original Series on Netflix — Ranked!

next"Making A Murderer" is Coming Back to Netflix Next Month