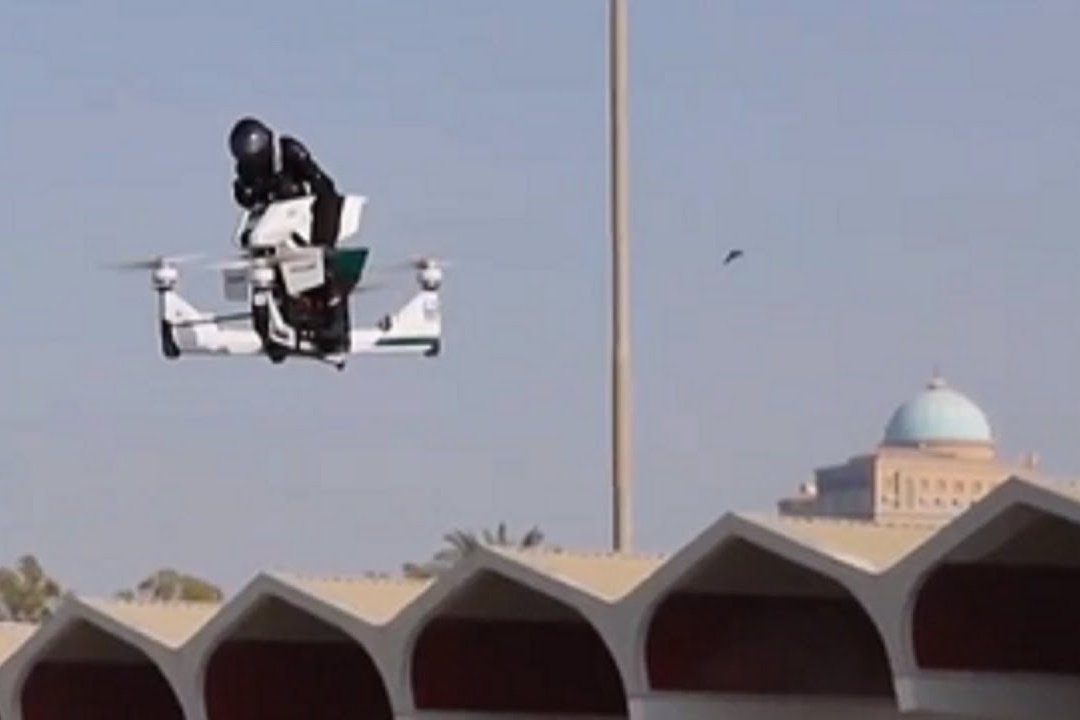 In a place like Dubai, it seems that flying taxis and robot police officers just simply aren’t enough. This week Dubai Police caught the attention of the world’s media, again, by adding a new vehicle to their fleet: a flying motorcycle.

The hovering motorbike is called Scorpion and looks like it’s been pulled straight out of a scene from Back to the Future. A few fun facts:

Dubai Police are taking off…

According to Hoversurf  – the Russian tech company behind the airborne vehicle – the vehicle “passed successful tests in extreme conditions – dust and heat.”

Dubai Police plan to start using the vehicles in the next 2 years. There are plans underway for robots to make up 25% of the police force on the ground… and in the skies apparently.

What would your first reaction be to a flying motorcycle? Share your (hilarious) thoughts in the comments!

previousFollow the Speed Limit When Driving... and Get Rewarded by Dubai Police