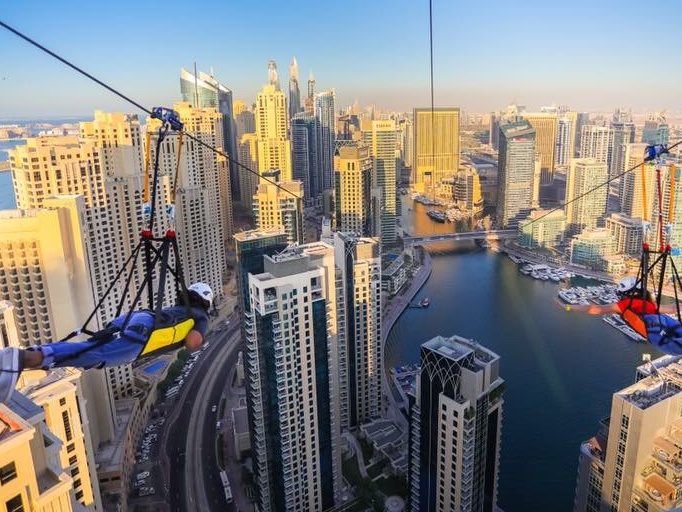 It’s official… the Dubai Marina XLine is now open! XDubai made the announcement earlier today on Instagram and Facebook; Fazza also shared the video of himself soaring across the Marina skyline while telling us all that “It’s time for a new exciting adventure”. Think you’re up for the adrenaline rush? Find out the XLine prices and how to book your XLine tickets below…

You can ride the Dubai zipline solo or complete the tandem zipline with a friend or family member who’s up for seeing the city from above:

How to Book XLine Tickets

XDubai has made the announcement that you can book XLine tickets here. Some dates and times are already selling out, so if your missed the Downtown zipline, then you may want to move fast on this one; no doubt it will be just as popular!

There is also a pop-up XDubai booth in Dubai Marina Mall where tickets are set to go on sale too!

Want to prep yourself for what this zipline is going to be like? Check out Fazza’s Instagram video below. We hope you’re not too scared of heights!

When insydo took on XLine Dubai in Downtown!

As you recall, the XLine concept came to town in 2015 when XDubai launched a zipline that zoomed over the Dubai Fountain. It was spectacular… and bookings were hard to get.

The insydo team was there to test out the XLine when it launched… here’s a Burj-tacular video montage of our experience!

See you on the other side, Dubai!

previousA Rundown of the Most Popular Memes of 2018

nextThe 'Bird Box Challenge' is the First Viral Craze of 2019