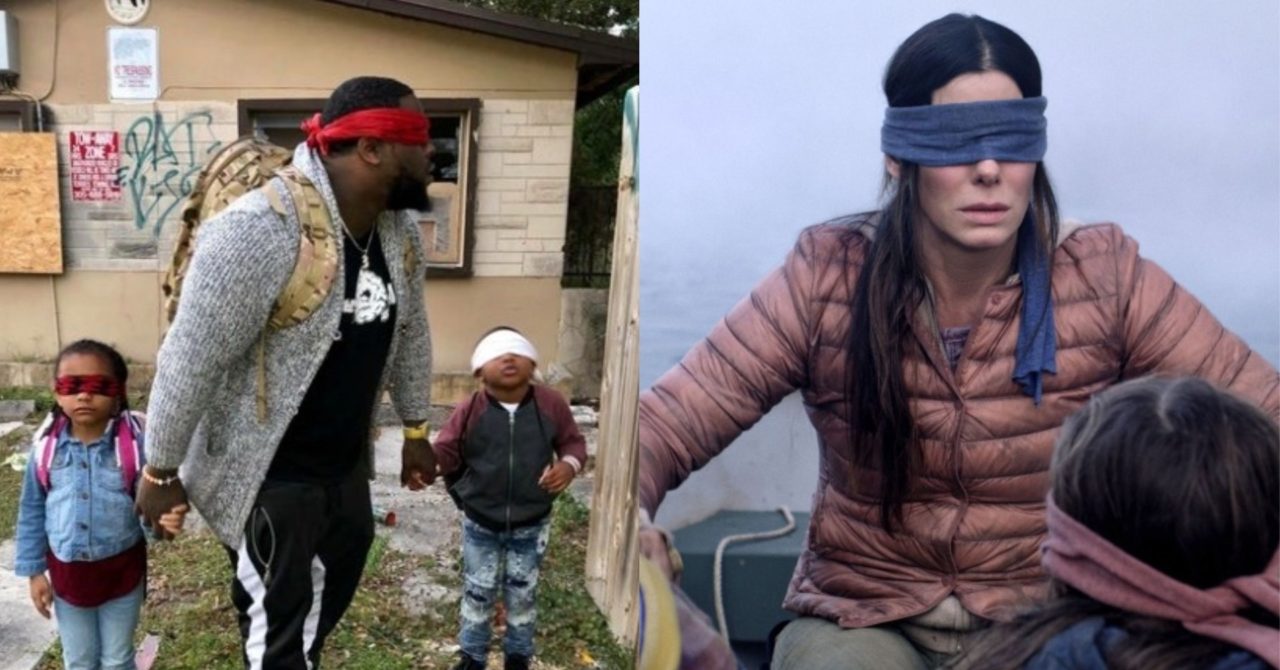 The year is kicking off to quite a weird start as the so-called ‘Bird Box challenge‘ sweeps the Internet. It’s inspired by the post-apocalyptic Netflix thriller about a family that goes on dangerous journey completely blindfolded. Unsurprisingly, the viral craze has many people recording themselves doing everyday tasks while also blindfolded… and you can see where this is going. Here are the details:

If you’re not one of the millions of Netflix viewers who watched Bird Box, here’s the film in a nutshell (no spoilers): there’s a mysterious force literally making people suicidal – if you see it, you die. In search of sanctuary, Sandra Bullock and her kids must take a journey while completely blindfolded to avoid the evil chasing them.

#BirdBoxChallenge I have been doing this challenge for years ??‍♂️ pic.twitter.com/dXQAKMbzOB

Here’s what the #BirdBoxChallenge has churned out…

People are recreating the film’s premise by blindfolding themselves and posting the hilarious, insane (and insanely stupid) videos online.

Y’all gotta chill #BirdBoxChallenge ?? why he do the baby like that pic.twitter.com/hspFdNHzTC

Can’t believe I have to say this, but: PLEASE DO NOT HURT YOURSELVES WITH THIS BIRD BOX CHALLENGE. We don’t know how this started, and we appreciate the love, but Boy and Girl have just one wish for 2019 and it is that you not end up in the hospital due to memes.

Welcome to 2019, folks… it’s going to be an interesting year!

SEE ALSO… A Rundown of the Most Popular Memes of 2018

nextThe Cheapest Places to Rent in Dubai Today in 2019