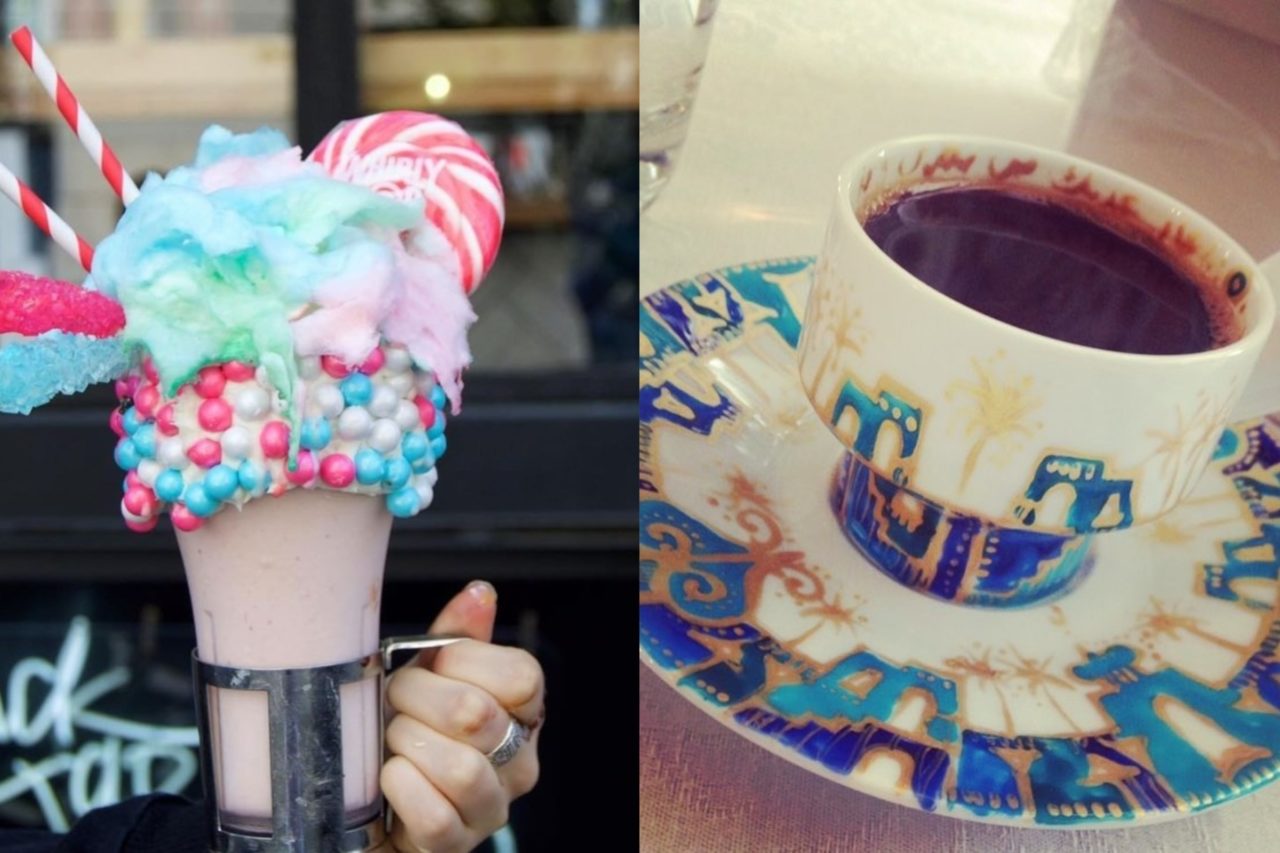 There are a ton of English words we use daily that are borrowed from the Arabic language. Curious to know common English words of Arabic origin? For anyone trying to learn Arabic, here are 11 words already in your vocabulary…

Here’s something to share over your next round of drinks. There are two theories regarding the etymology of the word alcohol; the first is that it comes from the Arabic word al-kuḥl, a fine crushed powder used as eyeliner since ancient Egypt. A second popular theory traces its origins to al-ġawl (where we get the word “ghoul”), which means “spirit” or “demon” — it’s the reason why liquors have been called “spirits” since the 18th century.

Caffeine addicts, rejoice! Coffee comes from the Arabic word qahwah – originally “dark stuff” – and was a common term used in 14th century Yemen to describe the beverage made by boiling the fruit of the coffee arabica plant. It’s thought to have entered European languages in the 16th century through the Turkish word kahve, which became Italian caffè or Dutch koffie.

Ready to get schooled on the chess board? The word checkmate comes from the Persian phrase shāh māt, which means, literally, “the King is helpless”. The Arabic word for monarch is sheikh, and māt is an adjective for “dead”. So when the game of chess reached Europe via the Islamic world, the concept of checkmate was based on shāh māt or sheikh māt — “the King is Dead”.

Got a sweet tooth? Take note that the origin of candy is rooted in Sanskrit and derived through Persian to Arabic as qand, or crystallized masses of sugar. This became the Old French sucre candi which entered English during Medieval times as “sugar candy”. Yum.

Algebra is one of countless mathematical concepts that flourished during the Islamic Golden Age. It’s based on the Arabic word al-jabr, literally meaning “reunion of broken parts”, from the title of a book by prominent Persian mathematician and astronomer al-Khwarizmi. It later entered the lexicon of Medieval Europe in the 15th century.

Next time you’re lounging around in your living room, you’ll be pleased to know that the name of your sofa comes from the Arabic word ṣuffa, which refers to a long seat made of stone or brick with carpeting on it. Luckily for you, relaxation needs no translation…

Arab traders first brought oranges to Spain and Italy from South and East Asia. The words comes from the Sanskrit naranga, adapted to the Persian narang, which became the Arabic naranj. Its English version was first used in the 1300s from the Old French orenge.

You’ve probably gone on a desert safari at some point, but the meaning behind the English word is rooted in the Arab language. It is originally from the Arabic word safar, which roughly translates to “making a journey.’ More interestingly, safari is actually a Swahili synonym of the Arabic word — a testament to the close connection between Arab and African cultures.

The Arabic word qutn comes from Medieval Arabia and was passed on through trading to Western Europe, where it became coton in French and appeared as cotton in English in the late Middle Ages.

Here’s something to think about next time you add a spoonful of sugar to your tea. While cane sugar originated in India, it was mass produced in Medieval Arabia where it was called sukkar, and traded with much of Europe. The modern words for sugar in English, Spanish, German, French and Italian are all rooted in Arabic.

The English word zero comes from the Arabic word sifr, which means “empty” or “nothing”. Don’t you wish you had paid more attention in mathematics class now?

READ MORE: 7 Reasons Why Voice Messages Are the New Texting

previousDubai's 'Human Slingshot' is Opening on Friday — Get Ready to Fly!

nextNow THIS is a Halloween Party That Made People Scream!