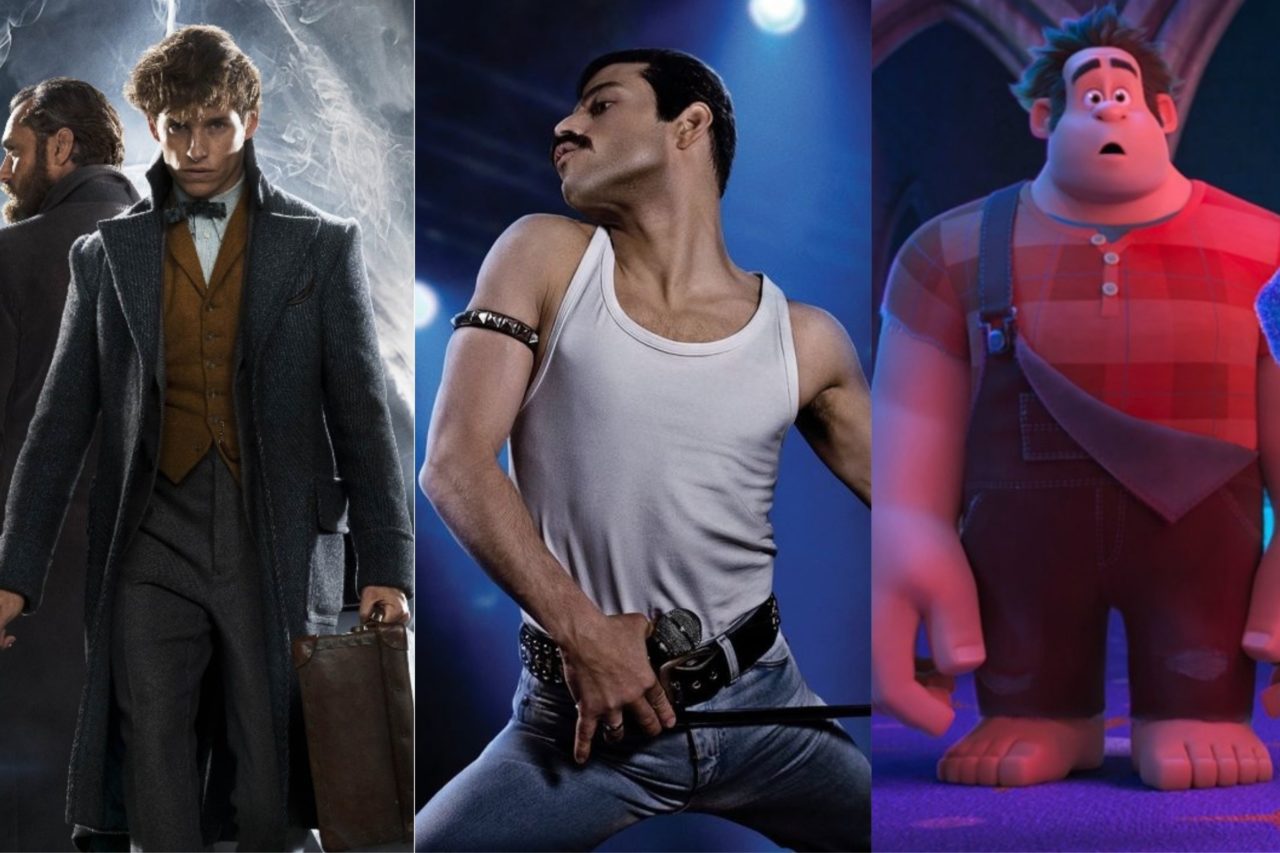 Looking for new movies in cinemas in November 2018? Here are the 7 latest movies in UAE cinemas this month (in order of release date.) Get ready for some blockbusters!

Synopsis: Actor Rami Malek is getting glowing reviews for his on-point portrayal of music genius Freddie Mercury. As for the film, music fans will have to make their own judgement as to whether Bohemian Rhapsody does justice to the legacy of Queen’s iconic frontman.
Release date: November 8

Synopsis: It’s been 18 years since we’ve had a new adaptation of Dr. Seuss’ beloved story, so The Grinch will be a welcomed addition to holiday festivities this season. From the same team behind Minions, the 3D computer-animated is narrated by Pharrell Williams, and stars the voices of Benedict Cumberbatch, Rashida Jones and Kenan Thompson.
Release date: November 8

Synopsis: Thugs of Hindostan is an epic action-adventure set in the year 1795, starring Aamir Khan, Amitabh Bachchan, Katrina Kaif and Fatima Sana Shaikh. Set to release the day after Diwali, it’s reportedly the most expensive Bollywood film ever made. We’re predicting big things for this big-budget blockbuster…
Release date: November 8

4. Fantastic Beasts: The Crimes of Grindelwald

Synopsis: The trailer for Fantastic Beasts: The Crimes of Grindelwald has us EXTREMELY excited about J. K. Rowling’s latest magical venture. A lucky few fans have already seen the film ahead of its release, and reactions have been overwhelmingly positive, with many saying they *enjoyed it more* than the first film. We’ve got high hopes for this one…
Release date: November 15

Synopsis: Here we go again with another Robin Hood film (we still can’t forgive Russel Crowe for the 2010 adaptation… sorry!) This time around, we’ve got Taron Egerton and Jamie Foxx starring in this 2018 remake… with some rather odd costume choices? We’re not sure what to think, but at least the fight scenes look awesome.
Release date: November 21

Synopsis: Can the perfection that is Wreck it Ralph be repeated in this much-anticipated sequel? Ohhh heck yes it can! We haven’t been this excited about an animation flick since Wall-E, and all anyone seems to be talking about is the fight scene with every Disney princess ever (which sounds epic.) Sorry Kim Kardashian, but your Internet-breaking self is about to be dethroned.
Release date: November 22

Synopsis: Critics are calling Creed II the best film Sylvester Stallone has ever made. If you followed the Rocky series, you’ll appreciate this epic showdown between Adonis Creed (whose father Apollo was killed in Rocky IV) and the son of Russian fighter Ivan Drago (who was the one that killed Apollo in the ring). So much ringside drama — we really hope Creed II delivers.
Release date: November 28

READ MORE: 10 of the Best Shows on Netflix Right Now

previous10 of the Best Shows on Netflix Right Now

nextA Breaking Bad Movie is Reportedly in the Works